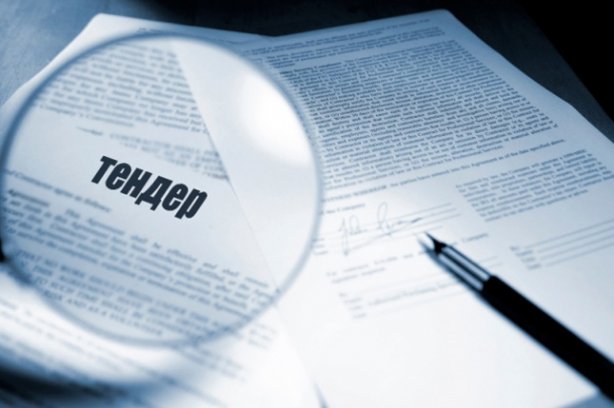 In recent years, procurements have become an experimentation ground. It figures, since it is still subject to abuse and violations of various kinds.

Such violations include but are not limited to:

Numerous law enforcement problems in this field, which are impossible to get rid of with transparency alone, result in businesses not willing to take part in tenders.

Therefore, tender participants are limited to either those ready to work on customers’ terms or those that persevere and are prepared to fight for justice even if it costs them.

Such perseverance is a temporary phenomenon too, as soon such rebels either come to the “dark side” of those ready to work on clients’ terms or lose any incentive to participate in tenders.

In cases when products, works or services procured are wanted only by the state customers (e.g. specific equipment for nuclear plants), there just aren’t many options: one either closes down a business or adapts.

All this resulted in the situation when the majority of procurement procedures is conducted in so-called pairs: one firm is to win the tender and another one is simply to apply for it. There are various reasons for such couples participation.

Often it is done to prevent cancellation of the procedure if prescribed by the law minimum of two participants fail to show up due to the fact that no other company is willing to participate in a customer’s tender. Also, there is “rival may come in pair and I should too, for back-up” school of thought.

Before this pair was made up of a real company and a company-double, while now these “pairs” are made up of two different market makers deliberately avoiding competition on tenders and distributing wins among themselves.

Why is it a problem? Because with fair competition customer should be able to procure the best quality at the lowest price, thus achieving the primary principle of saving and efficiency.

One can only imagine what it would be like, if everybody just agreed on tenders without real participation and competition. How can we put an end to this pair tenders and restore fair competition in this field?

Granted, there are numerous initiatives and recommendations to improve the situation, including changing the current legislation as well as working on technical aspects of the tender procedures.

One of these recommendations, however, is crucial but not limited to public procurement market: imminence of punishment and deterring effect of administering it.

This is what I would like to stress upon when reviewing the law initiative which resulted in the draft law, was adopted at the first hearing and is now reviewed by the Committee on Economic Policy of the Verkhovna Rada.

I am talking about the law draft No. 6723, which is offered, among other things, to amend the Law “On Economic Competition Protection” in the part where the moment when decisions of the Antimonopoly Committee come into legal force is defined.

It is proposed that it happens after the court appeal procedures are over (article 56 of the law draft).

It is seemingly reasonable and obvious: decisions of all state bodies can be appealed in court, and the Antimonopoly Committee is no exception.

Therefore, it is a good cause to protect businesses from the Committee making illegitimate decisions and adverse effects of such possible violations.

Especially considering current mistrust on the part of the businesses to investigations conducted by state bodies. It is like that at first sight, only.

If one studies this law more thoroughly in its entirety, without separating this particular provision, one can see that by Law the defendant is obliged to comply with the Committee’s decision only after the court appeal procedure is over.

In the part about obligation to comply with the decisions this issue is regulated as it is (art.56 of the Law of Ukraine “On Protection of Economic Competition”) and is not in need of significant changes, much less those proposed in draft law No. 6723.

So, what is this provision really for and what are the consequences of passing it as it is?

Procurements will be the only field where this provision can drastically change the situation. Counteraction against collusions at tenders will be significantly weakened.

Now the system works as follows. After the Committee bodies opened the collusion case (anti-competition concerted action aimed at misrepresentation of procurement/tender results), conducted investigation and passed the decision that defendant committed violation, the offender is immediately “banned”, so to say.

The information on the case is published on the official Antimonopoly Committee of Ukraine web-site during 10 working days since the decision was passed.

Customer must reject participant’s tender offer if, for instance, the economic entity (participant) was prosecuted in the last three years for offence listed in paragraph 4 of part 2 of Article 6, paragraph 1 of article 50 of the Law of Ukraine “On Protection of Economic Competition” such as committing anti-competition concerted action concerning misrepresentation of procurement (tender) results.

Under the Law of Ukraine “On Public Procurements”, the offender is not allowed to participate in tenders for three years since the moment that the Committee bodies passed this decision.

Lack of obligation to comply with the decision is not applied to this mechanism, as there is no complying to speak of – it is an automatic consequence of the Committee passing such decision.

If the draft law No. 6723 is passed as it is, then the Committee’s decisions will not come in force at the moment they are passed, which means the customers will have to allow such tender participants during the whole process of court appeal.

So, what exactly are the risks of such legislative initiative? First and foremost: lack of an effective tool to counteract collusions. Let us crunch the numbers time wise.

The process of disclosure and investigation of the “pair” offence lasts for at least a year since it is committed.

If the court appeal process is factored in, which, if the case is referred from the court of higher instance for another hearing, can last for several years, we end up with at least two years when the offender can freely participate in tenders and “collude”.

It is not that hard to change firm every once in a few years in order to participate in procurements. Will participants be deterred from colluding in this case?

Not likely, as even today, when they are “banned” without wandering around Themis’s labyrinth, collusion statistics shows no sign of improving. Now let us look at procedure aspects of the innovation.

Even now, when in order to reject offer of the “company double”, a customer has to wait for just for the Committee decision, the offer is rejected only after the glaring evidence of collusion.

As a result, this participant appeals the rejection decision before the Board, which obliges the customer to cancel its decision due to its being premature and allow the participant to take part in tender.

If the law is amended, the customers will have to wait even longer and, despite the Committee’s decision ready with the described glaring evidence of collusion along with the guilty verdict, allow such participants in their tenders.

Customers can hardly be expected to comply with this provision.

As a result, in case of “premature” rejection and its appeal at the Antimonopoly Committee of Ukraine, the very Board consisting of state representatives that delivered the guilty verdict to tender participants will have to oblige the customer to take back its decision to reject the participant. Thus de facto confirming that perhaps the said participant did not collude, after all.

What do we get, in the end? Confusion, society not seeing consistence in the Committee members’ actions, indignation if “blatant offenders” recognized by the Committee as such, take part in tenders, as we will be the ones obliging the customers to accept “collusive participants” back to the tender procedure, dozens of procedures of dubious validity.

What are the pros? Effective protection of tender participants against possible abuse on the Committee’s part. Certainly, this result can be achieved due to this provision.

Courts do not pass such decisions too often, however, they can do it if not taking measures of preliminary injunction can significantly complicate or even prevent execution of court decision or effective defense, as well as renewal of the violated or litigated rights or plaintiff’s interests, which they defend or plan to defend in court.

Besides, part 5 of article 60 of the Law of Ukraine “On Protection of Economic Competition” implies that in case of insufficient grounds economic court can nullify decision of the Antimonopoly Committee of Ukraine body.

In this case, the court being the arbiter can determine whether the grounds to cancel the Committee’s decisions exist or not.

I believe, that this mechanism is absolutely sufficient to protect participants against potential abuse or mistake from the Committee when making the decision.

To recap the aforementioned facts, I am certain that these changes will cause more harm than good for the procurements field.

They would undermine the very tool for collusion investigation and bringing to justice those responsible for it due to lack of deterring effect of penalty, as due to its temporally distant nature it will not pose a threat for participants, thus enabling them to change their business process to side-step consequences of “ban”.

I believe that MPs, when voting this law, should answer just one question in order to understand whether the country needs these changes, and that would be “Do we want to continue our fight against tender collusions or are we ready to accept them as an inherent part of Ukrainian procurement field”?