Home Новини The decision of the Constitutional Court does not mean the automatic dismissal of the NABU Director. AntAC's analysis

The decision of the Constitutional Court does not mean the automatic dismissal of the NABU Director. AntAC’s analysis 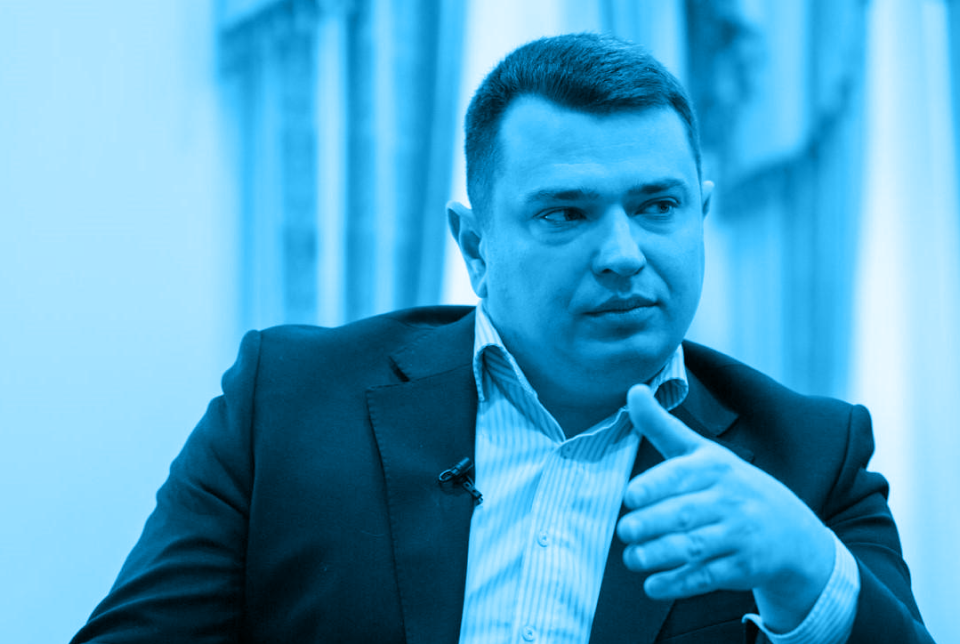 Today, on August 28, it became known about the decision of the Constitutional Court of Ukraine, which declared unconstitutional the presidential decree appointing Artem Sytnyk for the position director of the National Anti-Corruption Bureau. This decision does not mean the automatic dismissal of the NABU director.

The meaning of the Court’s decision

The Court finds that the president, in appointing Artem Sytnyk to office, went beyond his constitutional powers, and therefore the Court declared the decree on appointment unconstitutional. Indeed, the Constitution does not provide for such a power for the President, but such a power is defined for him in the Law of Ukraine “On the National Anti-Corruption Bureau of Ukraine”. It is important that the relevant provisions of the Law are not currently declared unconstitutional.

The Court considered the decree issued in accordance withe the law. The latter is already a sign of the lack of logic and political motivation of the decision, because the Constitutional Court also considers a relevant case on the specified norms of the law. The law allows the CCU to consider different appeals in a single proceeding if they relate to interrelated issues. However, obviously, there was a desire to quickly create the preconditions for the removal of the current director of NABU, so it started with the individual decree, not the provisions of the law.

An important detail is that the absence of the President’s constitutional authority to appoint the director of NABU has long been known. At least at the beginning of his term, Zelenskyi submitted draft amendments to the Constitution that would provide the President with such powers. The Constitutional Court then made it clear that the appointment and dismissal of the Director by the President posed a threat to NABU’s independence and gave a negative opinion on such changes.

At least since then, it has been clear that those provisions of the law are unconstitutional and need to be changed. But so far no legislative initiatives have been taken to correct this, either from the Office of President (OP) or from other actors.

It is very important that in its decision the CCU clearly stated that all of Sytnyk’s decisions so far are legal. That means there are no threats to NABU and SAPO cases, as well as to decisions on the organization of NABU’s work. It should be noted that the director of NABU does not make procedural decisions in cases. He only performs administrative powers.

However, the Constitutional Court has questioned all of Artem Sytnyk’s decisions since this moment, although this is not explicitly stated in the decision. Meaning his future authority as the director of NABU is in question.

The Verkhovna Rada must find a way out of the stalemate and change the law on NABU and bring it into line with the Constitution. At the same time, Sytnyk can and should continue to act as the Director of NABU. The trust to the process must be maintained. Despite the unconstitutionality of the decree, he won an unprecedentedly transparent and independent competition back then.

The Office of President may try to use the decision of the Constitutional Court to effectively remove Sytnyk from the leadership of the Bureau. But any new presidential decrees are now at risk of illegitimacy, as the law contains an exclusive list of grounds for dismissal and a ban on revoking the appointment decree. Therefore, we must amend the law first.

This should be done by the Rada, which should also determine by law all the details and transitional provisions under which and in what terms the new director should be selected. Until then, Sytnyk may continue to serve as director.

Firstly, the Parliament must change the appointment authority of the NABU director. Obviously, the most appropriate actor for this is the Cabinet of Ministers.

Secondly, the Rada should improve the selection procedure so as to eliminate the risks of non-compliance with the Constitution. After all, the President and the Verkhovna Rada are currently appointing members of the selection commission without having the constitutional authority to do so.

At the same time, when changing entities and procedures, it is essential that they meet the obligation undertaken before the International Monetary Fund and the EU. After all, the establishment of NABU and an independent competition for its director were prerequisites for Ukraine to obtain a visa-free regime with EU countries and IMF financial assistance.

“Most likely, Kolomoisky, Yermak, Avakov and other friends of the Russians are pushing Zelenskyi to issue a separate decree on the dismissal of Sytnyk. This decree is also unconstitutional, because, according to the logic of the CCU, the President also has no right to dismiss the director in accordance with the Constitution. In addition, there are no grounds specified by law for dismissal, as their list is exclusive. Zelenskyi’s illegal decision will bury Ukraine’s cooperation with the West, which is what Kolomoisky is seeking, ” said Vitaliy Shabunin, head of Board of AntAC.

We would like to recall that according to the law, the NABU director is selected by a commission consisting of 9 people, three of whom are delegated by the Parliament, three by the Cabinet of Ministers of Ukraine and three by the President of Ukraine. The selection commission holds a transparent competition, as a result of which it submits two or three candidates, from which the President of Ukraine selects and appoints the director of NABU.

51 MPs challenged the decree of appointment Sytnyk. Among them are MPs from the so-called “Kolomoisky’s group” – Oleksandr Dubinskyi, Maksym Buzhanskyi, and Oleksandr Kunitskyi from the Servant of the People.

We would like to recall our report for Ukrainska Pravda about the reasons to dismiss the director of NABU. Spoiler: everyone who has a political or financial interest wants to do it. These repeated attempts are made in agreement with the oligarchs, public officials and their associates, who are investigated by NABU.