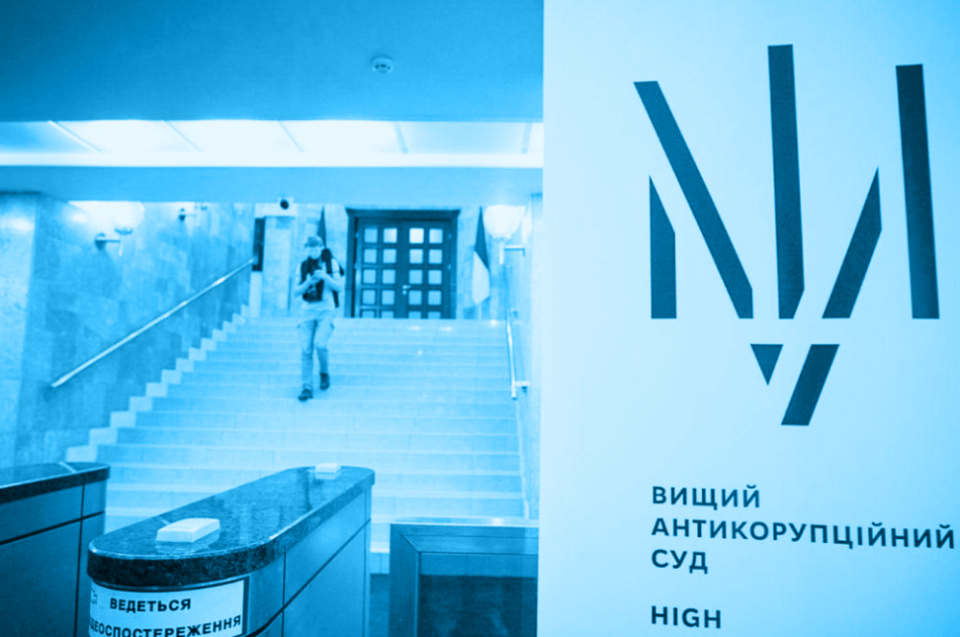 This week, the High Anti-Corruption Court publicly announced that attorneys were interfering in the work of the panel of judges of Lesia Fedorak, Viktor Maslov, and Igor Strohyi.

It is this panel of judges that is considering a criminal case against former MP Mykola Martynenko and five other people accused of embezzling about 700 million hryvnias from Ukrainian state-owned enterprises.

In their appeal, the judges noted that the defense attorneys in the case were systematically abusing their rights. In particular, they obstruct and delay the consideration of the case with the help of obviously unfounded statements and petitions, violate the order during the court hearings. One of the lawyers even initiated criminal proceedings against the panel for allegedly intentional violation of the right to defense. The last straw was the case of the explosion of an unknown device at the place where the car of the presiding judge is usually parked.

The public has also repeatedly witnessed unethical behaviour and violations by these defenders and defendants during open court hearings. We are talking about the submission of knowingly false documents, repeated violations of order in the courtroom, the appearance of seemingly prepaid stories on national TV channels. Unethical behavior often looks like unprecedented contempt of court in the form of inappropriate shouting and interruption of judges, banal rudeness and comparisons of the trial with “pornography”, as well as unethical statements on social networks. Defenders and defendants demonstrate the same unacceptable behavior towards the prosecutor.

This behavior has nothing to do with real defence in court, the expression of legal positions and arguments. The Law of Ukraine on Advocacy and attorney practice provides for lawyers to comply with the Rules of Attorneys’ Ethics as one of the main professional responsibilities of lawyers. A lawyer in court must show due respect for the court and other participants in the proceedings.

At the same time, the actions of attorneys in the case indicate the opposite: intemperance and incorrect behavior and statements, actions aimed at unjustifiably delaying the case and abuse of their procedural rights, non-compliance with attorneys’ ethics, in particular when using social networks and other actions.

Nevertheless, the disciplinary bodies of the bar association and the bar self-government do not react in any way to such violations. The panel of judges has repeatedly appealed to the Qualification and Disciplinary Commission of Attorneys (Commission) regarding the disciplinary action of individual lawyers in this case. Earlier, the National Anti-Corruption Bureau of Ukraine and even public organizations appealed to the commission with relevant complaints, but there was no responsibility for such abuses by the defenders.

Instead of assessing the conduct of their colleagues, the Commission decided to assess the actions and decisions of the court, whether it was clearly beyond its powers and showed signs of a collective cover-up in the attorneys’ community. Similarly, instead of responding to the manifestly inadequate conduct of attorneys in the proceedings, the Bar Association of Ukraine has repeatedly publicly criticized the court for its initiatives to hold defense attorneys accountable.

We, the representatives of civil society, who have made a lot of efforts to create a truly independent High Anti-Corruption Court, consider such actions of attorneys unacceptable and strongly condemn them.

With such a behavior, the defence attorneys not only tarnish the honor and reputation of the Ukrainian attorneys’community, but also show an extremely low professional and cultural level.

In our opinion, in demonstrating such a behavior, the defendants and their attorneys show that they are afraid of a fair and independent trial. With the establishment of the HACC, they faced real, not fake, justice. It is obvious that those who are accustomed to the opportunity to decide cases not in a competitive process, but in the offices of judges behind closed doors, will do everything possible to restore the old order of things which is so familiar to them. That is why, in order to protect justice and prevent further pressure and interference in the activities of judges of the High Anti-Corruption Court, we call on: