Criminal Staff of the National Agency on Corruption Prevention 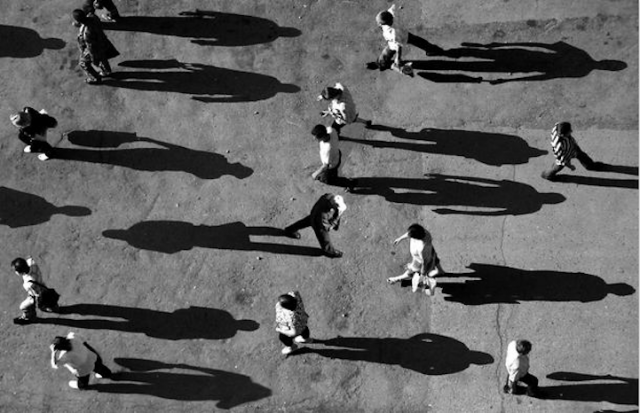 Ironically, the National Agency for Corruption Prevention (NACP) employee was sentenced for assisting in embezzlement of 3 billion UAH in Tax Service during Yanukovych’s office.

This employee is Tetiana Shkrebko, who used to hold the position of deputy head of Department for Financial Control and Lifestyle Monitoring of the NACP, and she got 5 years of suspended sentence. This information comes from the text of the verdict that the “Nashi Groshi” journalist team have at their disposal. The verdict of September 1, 2016, approved the plea deal of the accused with Olha Myrhorodska, deputy head of the Department of the Prosecutor General’s Office dealing with crime and corruption in the temporarily occupied Crimea.

Ms. Shkrebko plead guilty to forgery of official documents and involvement in the crimes committed by the criminal organization of the ex-top officials: President Viktor Yanukovych, Prime Minister Mykola Azarov, Minister of Incomes and Duties Oleksandr Klymenko, as well as misappropriation of property through abuse of office.

According to the prosecution, members of the criminal organization managed to misappropriate 3.16 billion UAH worth of state budget funds from April 2012 to September 2013. It happened via illegal VAT rebate to the three companies, namely “Mehateryi” LLC, “Hazinovatsiia” LLC and “Eksimtekh” LLC.

The verdict established that in April-May of 2012, ex-Minister Klymenko involved some persons, deemed trustworthy enough, in this organization, the most reliable and devoted ones were appointed to top posts of the departments. There were a few other organizations assisting in embezzlement of over 3 billion UAH, namely top management of the Ministry of Incomes and Duties in Kyiv and tax inspections in several districts of the city.

Ms. Shkrebko was also involved in committing the crime in August 2012, at the time she was acting chief of the State Tax Inspection in Shevchenkivskyi city district.

In August-November of 2012 she organized forgery of the official documents on 584 million UAH worth of VAT rebate to “Hazinovatsiia” LLC by employees of her office.

Ms. Shkrebko admitted that even though she knew her actions were illegal and she could see that the firm and its contractors were shells, she organized the necessary documents from the State Tax Inspection, which made it possible for “Hazinovatsiia” firm to get the VAT rebate they applied for. She also said she did it as her job was on the line.

Data from the forged documents would then be included in the registry of the State Tax Service in Kyiv and forwarded to STS in Ukraine, which would forward the data summary to the State Treasury and Ministry of Finances.

Thus, 584 million UAH was transferred by the State Treasury to the account of “Hazinovatsiia” firm in “Capital” bank in September-October of 2012. The money was withdrawn in cash and distributed among the criminal organization members. It was made possible through the STS forged documents.

Likewise, 616 million UAH of VAT rebate was transferred to the firm “Mehateryi” and a whopping 1.96 billion UAH to the firm “Eksimtekh”, this time via State Tax Inspection in Solomianskyi and Pecherskyi districts of Kyiv.

Not a dollar of tax was paid to the state budget from dozens of companies involved in these schemes, as they were shells.

Had the VAT rebate documents submitted on behalf of the three abovementioned shells been processed properly, there would have been surprise on-site inspections of documents, which would surely reveal fake nature of companies operations and, therefore, that the tax credit was false, and that there should be no tax rebate.

All these companies were subjected to in-office checks at the State Tax Inspections premises, they were inspected only on the grounds of the data in tax declarations of a taxpayer. Characteristically, unplanned documents checks had been banned.

Ms. Shkrebko “actively cooperated in establishing facts of the criminal proceeding” – she “testified about offences she committed and about other persons, facts and events relating to the criminal proceeding and liable to proof”. Moreover, she voluntarily partially reimbursed losses incurred by the state – 5 thousand UAH (a little over 173 USD).

Under the plea agreement with prosecution, Ms. Shkrebko got a more lenient sentence than provided by the law. For instance, she was facing 7-12 years of the prison sentence with confiscation of property and ban to hold offices. Under the plea deal she got 5 years of suspended sentence with no confiscation or a ban to hold certain positions or do certain activities. Her 1-year probation period, counting from September 1, 2016, is over.

Verdict to Ms. Shkrebko was never published in the State Registry, and neither were verdicts to the two other Tax Service officers – Ms. Detiuk and Mr. Holovach (see below).

One more thing, Ms.Skrebko’s name was never mentioned among those featuring in the case. For instance, when Prosecutor General Yuriy Lutsenko commented on the arrest of Mr. Holovach and a few other ex-tax officers in August of 2016, he never listed Ms.Shkrebko’s name among those featuring in the case. Nothing was said about the possible plea deals with the prosecution, unlike the other “Klymenko’s case”, arrests on which took place in 2017.

Some back story on Tetiana Shkrebko: in 2015 she worked at Vasylkiv branch of the State Fiscal Service of Kyiv Oblast. She also was assistant to Iryna Suslova, MP of the Blok Petra Poroshenka (originally elected from “Samopomich”).

In 2016, Ms. Shkrebko was appointed deputy head of the department and chief of the first branch of Department of Financial Control and Lifestyle Monitoring of the National Agency for Corruption Prevention. On July 15, 2016 the inspection was initiated under the law “On Cleansing of Government” that Ms. Shkrebko passed with flying colors.

The NACP announced its launch on August 15. 2016. This launch coincided with e-declarations launch scandal, namely “hacking” of the latter.

In the course of the 3 bln UAH embezzlement case, when VAT was illegally rebated to companies from Yanukovych-Azarov-Klymenko criminal organization, the following people also got their verdicts:

Besides, more people were subjects of the investigation:

The court hearing concerning the accused Mr.Dvornikov and Ms.Maltseva is to be held on March 5, 2018. Mr. Dvornikov, by the way, is currently holding the position of first deputy head of the Department of Land Resources of the Kyiv City State Administration.

In July 2017, the Appeals Court of Kyiv sent to the Shevchenkivskyi District Court the case with the accused Andrii Lakhtadyr, Olha Myronchuk, Yurii Stadnikov and former head of the State Tax Inspection in Solomianskyi District, Sviatoslav Nazaruk.