The Kyiv Pechersk court issued an order for PGO investigators to access the “Anti Corruption Action Centre’s” documents and belongings, including bank statements constituting bank secrecy, which is owned by the bank that serves the organization.

“These actions can only be viewed as an attempt to put pressure on the organization –says Vitaliy Shabunin, Chairman of the Board of the “Anti Corruption Action Centre”.  One of Shokin’s deputies is preparing to take the post of Prosecutor General – Stolyarchuk or Sevruk, whose work the Centre has harshly criticized.”

Thus, the investigators of the PGO, within twenty days can access the “Anti Corruption Action Centre’s” objects and documents, copies of agreements on the opening and maintaining of bank accounts, bank transactions, powers of attorneys, cards with sample signatures of officials, seals, contracts for the system installation of “Client-Bank”, statements with phone numbers, IP addresses from which connections were held with the “Client-Bank” and the dates of these connections.

Also, investigators can obtain information about the movement of funds on the accounts of AntAC, accounting documents, documents of public contractors, statements, and so on since the beginning of 2014.

As part of the pre-trial investigation of the PGO, investigators are looking for money from the US government, which was granted to assist with reforms of the prosecution and, according to the PGO, should flow directly into the accounts of the law enforcement agency.  However, this contradicts to basic principles of international technical assistance.  The “Anti Corruption Action Centre” considers the criminal proceedings as a trivial pretext to intervene and block the work of the NGO, arrest its accounts and start prosecuting its employees who publicly criticize the work of the leadership of the Prosecutor General of Ukraine.

US Ambassador already publicly explained that US Government’s funding even were not supposed to go directly to the accounts of PGO, but where granted to respected international organizations. 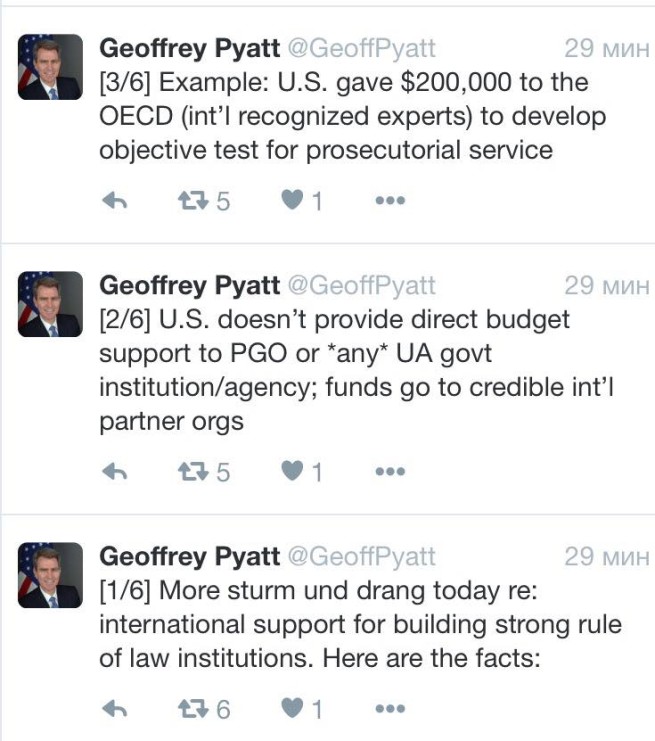 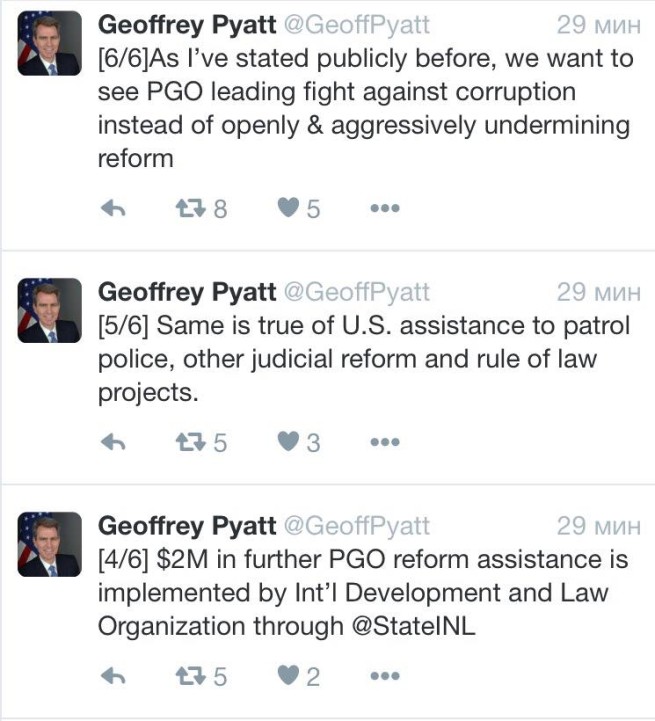