Bullough, Kessler, Fukuyama and Shalaiskyi joined the AntAC Supervisory Board

“Due to the efforts of the Anticorruption Action Centre the post-revolutionnary Ukraine have got new effective anticorruption agencies, which triggered investigations against hundreds of rotten senior officials. It is an honor for me to join Supervisory Board of AntAC to support its mission of tackling grand political corruption in Ukraine”, — said member of the AntAC Supervisory Board Francis Fukuyama.

The role of Supervisory Board is to assist in achieving AntAC’s goal, to advise and provide help in activities: to promote ideas, projects and programs of the organization in Ukraine and abroad. Moreover, the board has the function of financial supervision in the organization.

The Supervisory Board has meetings at least once a year and provides recommendations that are mandatory for consideration to other governing bodies, in particular, the executive board.

WHO ARE MEMBERS OF NEW SUPERVISORY BOARD OF ANTAC 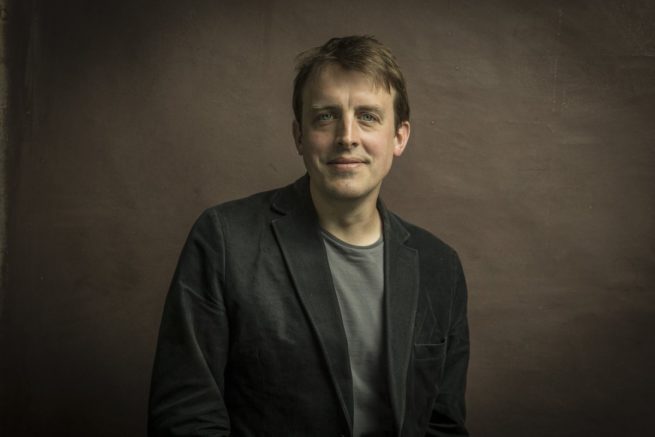 Oliver Bullough is an award-winning British journalist and author. After graduating from Oxford University, where he studied modern history, Oliver moved to Russia, where he stayed for seven years, mainly as a correspondent for Reuters news agency.

After returning to Great Britain, he published his first book: Let Our Fame Be Great, which tells the story of the Russian conquest of the Caucasus through the eyes of its people. The book won the Cornelius Ryan award in the United States, and was shortlisted for the Orwell Prize in the UK.

His second book – The Last Man in Russia – was shortlisted for the Dolman Prize, and told the story of demographic decline in Russia, via the biography of a dissident Orthodox priest.

His third book is called Moneyland, and analyses how the world’s richest and least scrupulous people have learned to use the global financial system to hide themselves and their assets from scrutiny, taxation and justice. Much of the subject matter for the book came from his research in Ukraine in the months and years following the 2014 revolution.

His journalism focuses on corruption and financial crime, and he has written repeatedly about Ukraine and the rest of the former Soviet Union for The Guardian, The New York Times, British GQ and other publications. 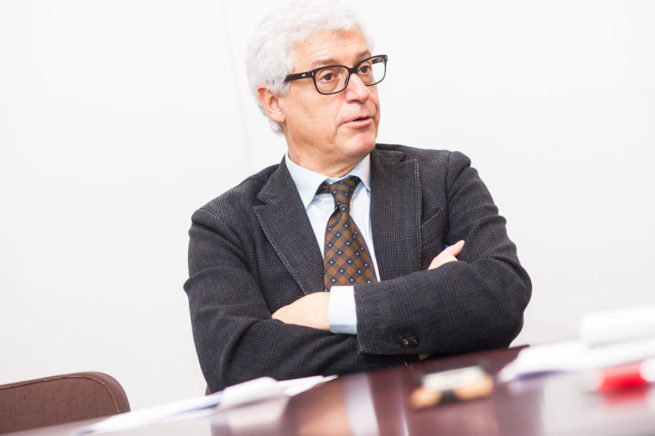 Giovanni Kessler is a prominent Italian lawyer and prosecutor, specializing in a fight against fraud, financial crime and corruption. He is famous for leading investigations and representing prosecution in trials on corruption and mafia-related crimes.

In 2017, Kessler served as the Director of Italian Customs and Monopolies Agency. Previously, he worked as the Director-General of the European Commission’s Anti-Fraud Office (OLAF), which is tasked with protecting the EU financial interests by investigating fraud, corruption, other serious matters related to the discharge of professional duties by officials of the EU institutions.

In 2001, he was elected to the Italian Parliament, where Kessler took a position of Vice-President of the Parliamentary Jurisdiction Committee. He was also a member of the Justice Committee. During his tenure, he drafted a significant number of laws relating to legal proceedings in the International Criminal Court, the implementation of the European Convention against Corruption and others. Before getting a mandate, Kessler worked as a prosecutor in the criminal court of Trento and Bolzano, as well as in the Anti-Mafia Prosecution office.

Based on his rich experience, he helped to implement the anti-corruption reform in Ukraine. During 2014-2015, Giovanni Kessler was a member of the independent selection panel for the Head of NABU. 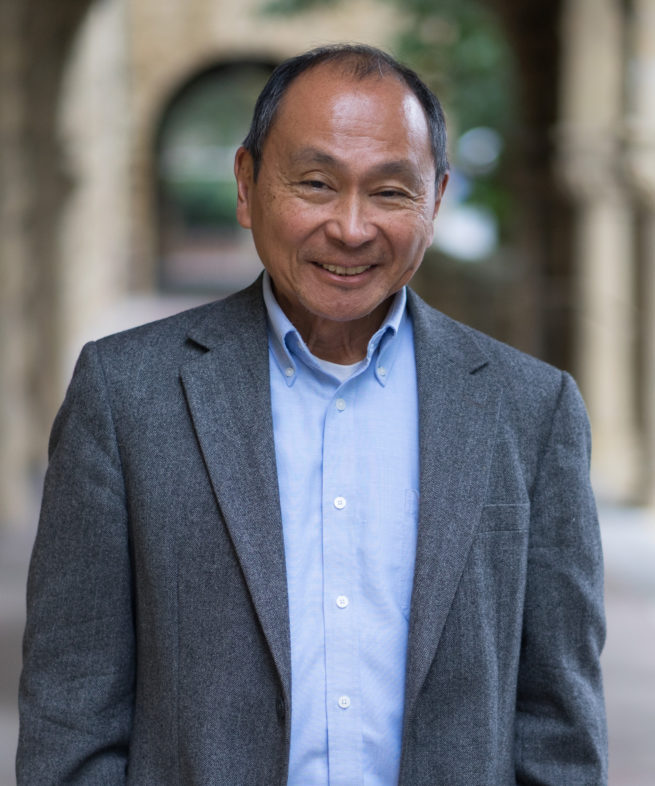 Francis Fukuyama is an American political scientist. After receiving a BA at Cornell University, and subsequently PhD at Harvard University, he started to deeply engage in community work. During 80-90th he worked in the department of political science at the Rand Corporation, as well as in the US State Department. First as a specialist in the Middle Eastern politics, then as a deputy director of the policy planning staff,, Francis Fukuyama was a part of the American delegation on Egyptian-Israeli negotiations in matters of Palestine autonomy.

At the late 90th – beginning of 2000s he taught at the School of Public Policy at George Mason University.

In 2005 he entered the Foreign Policy’s top 100 Global Thinkers list.

Nowadays, Francis Fukuyama is a senior fellow at the Freeman Spogli Institute for International Studies and a Mosbacher Director of the Center on Democracy, Development and the Rule of Law at Stanford University and a member of the advisory board for the Journal of Democracy.

Francis Fukuyama is also a member of the American Political Science Association, the Council on Foreign Relations, and the Pacific Council for International Affairs. He is an author of more than 8 books and even more scholarly works. Dr. Fukuyama has written widely on issues in development and international politics. In particular, his book “The End of History and the Last Man” has appeared in over twenty foreign editions.

The political economist paid great attention to the events in Ukraine after the Orange revolution. In August 2014, he expressed his impressions on Ukrainian civil society. Observing the development of the political situation, he often supported Ukrainian people noting that Ukraine was “a beacon of hope for many other countries in Europe and the world.” His point of view is that Ukraine has great chances of sufficient progress in the future due to the young generation of reformers who want to combat corruption. 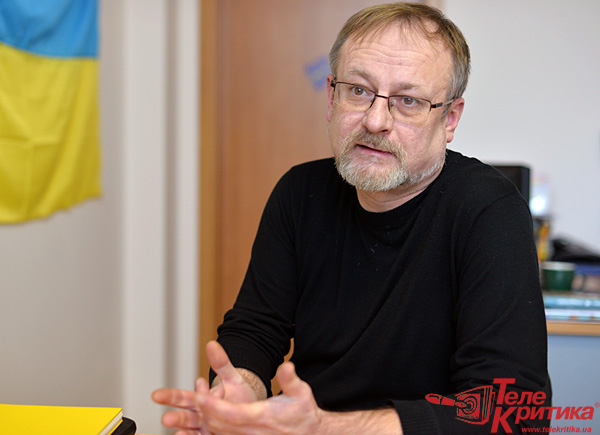 Oleksa Shalaiskyi is a well-experienced Ukrainian journalist. Earlier Oleksa has worked in the newspapers “Ratusha”, “Postup”, TV company “Mist”, the magazine “PiK”. He was a chief editor of a number of media among which were “Dzerkalo Tyzhnya” and “Ukrainskyi Tyzhden”, “Forum” and “ProUA”. For high professionalism he was awarded the Oleksandr Kryvenko prize.

For Promotion In Journalism. Nowadays, his main activity is to highlight the real socio-political situation in Ukraine revealed during the journalistic investigations of political corruption and control over the use of public funds. In particular, one of the most famous corruption schemes reported ed is “Boyko’s Oil Sea Rig”  journalistic investigation, through which 150 million dollars were siphoned off from the state budget. As a result of the exposure of the scheme, the Prosecutor General’s Office of Ukraine announced the notice of suspicion to the former Prime Minister Mykola Azarov, his former deputy Serhiy Arbuzov and two former heads of national joint-stock company “Naftogaz Ukrainy”.

Since 2010 Oleksa Shalaiskyi is a co-author and editor-in-chief of the online resource “Nashi Groshi”, aimed at disclosing existing corruption schemes by Ukrainian officials, their hidden economic interests and the mismatch between declared and real wealth. The project already has influenced on commencement of dozens of proceedings, saving billions of hryvnias to the state budget, termination of illegal public procurements. It also has caused dismissal of a number of public officials from various state agencies and institutions.“Nashi Groshi” has repeatedly won Ukrainian and international awards, namely the Main prize at the National Journalist Investigation Competition, “The Free Press of Eastern Europe”, “CEI SEEMO” etc.

AntAC won the case against Portnov in Supreme Court

How Ukraine-NATO can jointly change reality