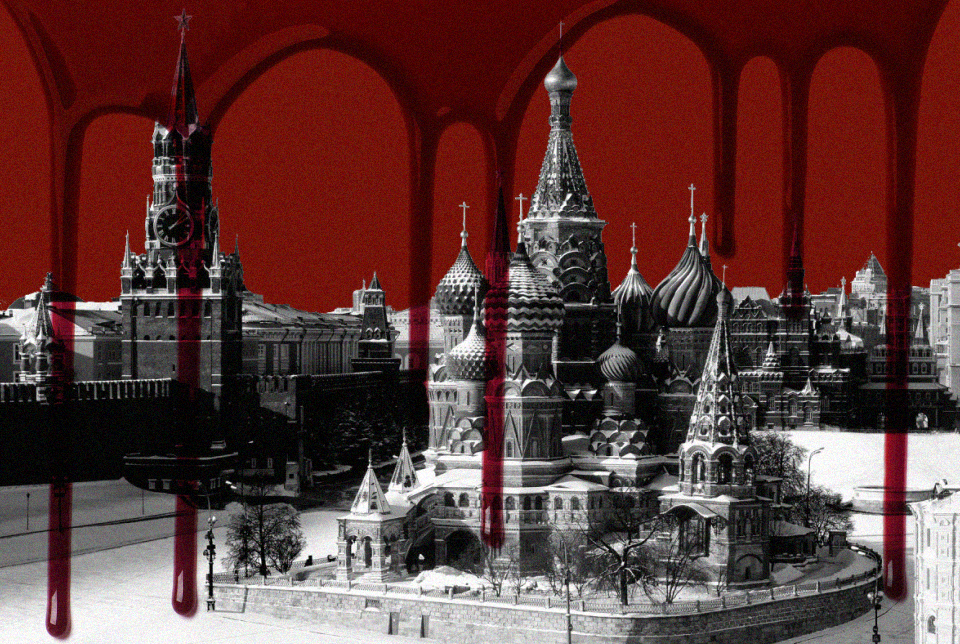 The West is finally waking up to the fascistic and inhumane nature of Vladimir Putin’s regime. A global effort is now underway to end the Kremlin’s exploitation, under the cover of cultural contacts, of free access to the economic and cultural structures of democratic countries for its own agenda.

In the aftermath of the invasion of Ukraine that began a week ago, the time has come for academic and cultural institutions to do the same, to both support the victim of this aggression and to counter the Putin regime’s pervasive toxic propaganda. MIT has announced that it has stopped cooperating with the Kremlin-sponsored Skolkovo program, Carnegie Hall has halted concerts by Putin apologists Valery Gergiyev and Denis Matsuev, and many countries are halting collaboration with Kremlin media. The Metropolitan Opera is severing ties with pro-Putin artists.  But this is only a start, and the Kremlin’s reach remains widespread and powerful.

We, representatives of Ukrainian, Belarusian, Czech, Slovak, Lithuanian, US, UK and anti-Putin Russian civil society and academia, strongly urge all Western institutions to halt all forms of cooperation with Kremlin-connected entities and sponsors. We urge students, professors, alumni and all those who stand with Ukraine in the face of Putin’s aggression to demand this action from administrators who have long turned a blind eye to the ways Russian financial support may simply buy respectability and blunt our search for truth. In particular, we urge:

·        All entities around the world to stop any and all collaboration with Rossotrudnichestvo, the Russkiy Mir Foundation, the Gorchakov Fund, the Dialogue of Civilizations Institute in Berlin and the Institute for Democracy and Cooperation in Paris, which routinely churn out malign Kremlin propaganda, often directed against Ukraine. All these entities should immediately lose their right to operate on Western soil just as Russia Today (RT), Sputnik and other propaganda outlets have. We also demand cutting all ties with the Valdai Discussion Club, Putin’s platform for promoting his political agenda;

·        New York University to rename the Jordan Center for the Advanced Study of Russia and drop any cooperation with the Kremlin oligarch Boris Jordan who was involved in the suppression of free media in Russia;

·        Harvard University, Yale University, the Council on Foreign Relations, the New York Academy of Sciences, Tel Aviv University and other institutions in the US and around the world to rename programs and buildings named after Kremlin oligarch Len Blavatnik who derives massive insider benefits from Putin’s regime, suppresses free speech, cooperates with corrupt Russian officials, and funds Russian entertainment propaganda outlets in Russia and anti-Ukrainian propaganda films worldwide;

·        Columbia University to sever ties with the Russian government within the Russian Library book series publications of Columbia University Press. While we consider the translation of Russian literature an important enterprise, funding for this program comes via the Institute for Literary Translation (Institut Perevoda). Its co-founder is the Russian propaganda TV channel Russia Today (RT), while the Institute’s head of supervisory board is Vladimir Grigoriev, the deputy head of Roskomnadzor (Russia’s Federal Service for Supervision of Communications, Information Technology and Mass Media), which has severely censored Russian news outlets, political opposition, bloggers, and social media reporting on aggression against Ukraine since 2014. Direct participation in cultural diplomacy projects of a criminal regime is unworthy of a university of Columbia’s stature.

·        Kennan Institute, Wilson Center to rescind past awards and drop any ongoing cooperation with Kremlin oligarchs Petr Aven, Mikhail Fridman, Viktor Vekselberg, and Len Blavatnik for their proximity to Putin and malign influence in the West and against Ukraine. We also recommend the full re-opening of the Kyiv-based branch of the Kennan Institute, which was abruptly shut down by past leadership with close ties to Kremlin oligarchs;

·        Carnegie Endowment for International Peace to close its Moscow branch which has been peddling Kremlin narratives around the world, including against Ukraine;

·        The Center for the National Interest and The Carmel Institute of Russian Culture and History at American University to remove Dimitri Simes and Anton Fedyashin for their toxic anti-Ukrainian and pro-Putin propaganda. Both entities must stop channeling Kremlin narratives and inviting Putin’s trusted representatives to the West;

·        Cambridge University to drop further cooperation with the Ukrainian oligarch Dmytro Firtash for his insider deals with Gazprom and other malign influence against Ukraine and the West;

·        Oxford University to rename the Blavatnik School of Government and to drop any cooperation with Kremlin oligarch Len Blavatnik. Oxford’s Said Business School must rescind past support to joint prizes with Alfa Bank, an entity which is now sanctioned by the US, EU, and Canada for its help in raising money for the Kremlin;

·        Yad Vashem Holocaust Museum to rename The Moshe Mirilashvili Center and halt any cooperation with Kremlin oligarch Mikhael Mirilashvili, a close Putin ally who has spread Kremlin propaganda about World War II, which is directed against Ukraine and EU countries;

·        Tel Aviv University to rename The Kantor Center for the Study of Contemporary European Jewry and halt any cooperation with Vyacheslav (Moshe) Kantor for his proximity to Putin and spreading Kremlin propaganda about World War II, which is directed against Ukraine and EU countries;

·        The John F. Kennedy Center for the Performing Arts, Metropolitan Opera and other art and musical entities to stop all performances by Putin’s trusted representatives and staunch political supporters, including Valery Gergiyev, Denis Matsuev, Igor Butman, Anna Netrebko, Vladimir Spivakov, and others.

·        Carnegie Hall, Tate Modern, Victoria and Albert Museum, Bodleian Library and other cultural entities to rename programs and buildings named after Kremlin oligarch Len Blavatnik and stop any cooperation with him for reasons mentioned above;

·        Academic and other entities in the US, UK, Canada, and Germany to stop any cooperation under the Alfa Fellowship with EU sanctioned Kremlin oligarchs and other principals of the US sanctioned Alfa Bank.

In its naked brutality the war being waged by Putin’s Russia against Ukraine is also a war against western democracy and the rule of law. Along with democratic values, civilized, humane values are also an essential part of the resistance to Putin’s aggression.  Not least of all, the war has also shown the issue to be both global and moral. Oligarchs who collaborate with and enable Putin’s regime should not retain their positions of honor and influence in those same Western societies that the Putin regime is intent on degrading and ultimately destroying.

Not least of all, Ukraine, a country being devastated by Putin’s massive and annihilatory attack, is desperately in need of Western support, contacts, and investments. A formulation of pressing needs and programs is a first priority.

This appeal will be shared on social media under #BLOCKPUTINSWALLETS

If you want to join the appeal please fill in the form.

“Putin’s ultimatum changes everything”: a letter from Ukrainian experts to the head of the Ministry of Foreign Affairs of Germany