Home Новини Attorney of Nelya Shtepa, socialist and assistant to MP Ivanisov: who will select the head of ARMA

Attorney of Nelya Shtepa, socialist and assistant to MP Ivanisov: who will select the head of ARMA 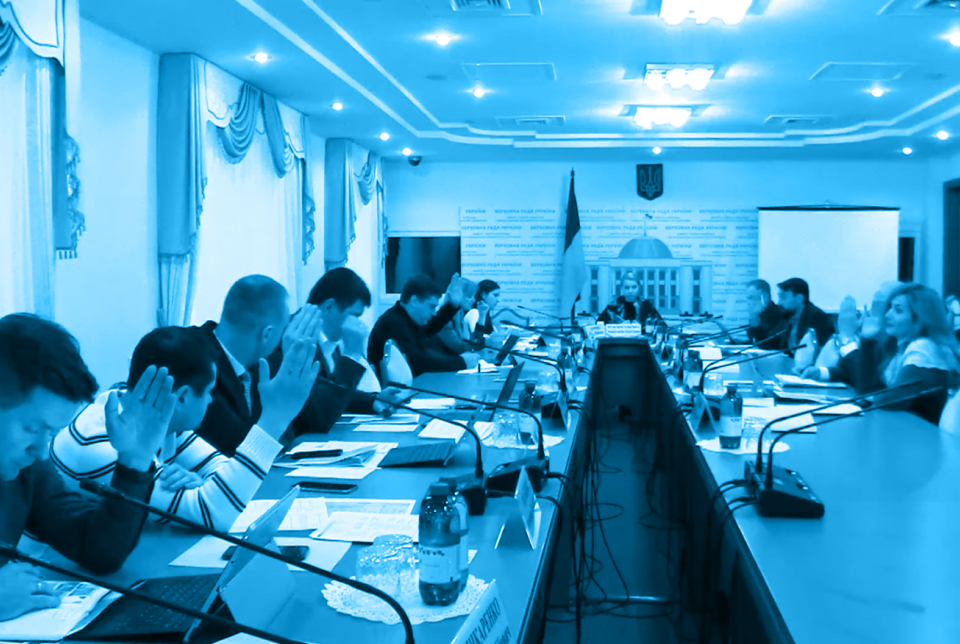 Today, on March 12, the Verkhovna Rafa Committee on Anti-Corruption Policy has decided on members of the commission that will select the head of the Asset Recovery and Management Agency (ARMA). These are agreed in advance candidates Zakhar Pasechko, Ruslan Sekela and Oleksandr Shadrin. Some Servants of the People and Opposition Platform For Life have simultaneously voted for them.

Ivanisov, in particular, voted for his assistant.

What are those people who will select the chairman of the ARMA famous for?

Pasechko is the assistant to Member of Parliament Roman Ivanisov, who has lied about his education and has removed conviction for rape. In November 2019, he was expelled from the party Servant of the People.

Even being the candidate for the position of member of the commission that will select head of ARMA, Pasechko was not able to answer questions about work, functions and powers of this body at the meeting of the Anti-Corruption Committee.

According to Pasechko, he has worked as the lawyer at Kob-Invest LLC for the last 5 years. This firm is the subject to criminal proceeding regarding tax credit formation (non-payment of value added tax) during 2016-2017. According to the analytical system YouControl, Zakhar Pasechko held the position of director of the company from 2009 to 2016.

According to the Deposit Guarantee Fund, Anatoliy Yurkevych was actual controller of Ukrainian Professional Bank, which was declared insolvent in May 2015. Funds were withdrawn from it through related companies even after being declared insolvent.

Moreover, the firm from the group Milkiland according to the decision of the court was transferred to the ARMA in the framework of criminal proceeding under part 4 of article 190 of the Criminal Code of Ukraine (fraud in particularly large sizes).

Therefore, Zakhar Pasechko has conflict of interest as member of the commission on selection the heaof the ARMA, as his client’s assets are currently under control of this state body.

Sekela Ruslan is the director of SOFT SOLUTIONS LTD, which has tax debt in the amount of 58.000 UAH. Also, it was subject of the criminal proceeding.

Sekela also worked with various political forces. He started in technological projects that were launched by authorities of Leonid Kuchma against the opposition People’s Movement for Unity, OUN in Ukraine.

In 2011, Sekela became the co-chairman of the All-Ukrainian NGO Civic Movement Vpered of Nataliya Korolevska. In 2012, he participated in the parliamentary elections in Chernihiv region, but lost to Oleg Lyashko. In 2014, he stand as the sole candidate from Petro Poroshenko and the party Udar to Kyiv City Council. In 2017, he headed Kyiv organization of the Socialist Party.

Oleksandr Shadrin was the lawyer of former Mayor of Slovyansk Nelya Shtepa, former MP Nadiya Savchenko, Vladyslav Manger in the case of Kateryna Handzyuk, Vasyl Ganysh (former MP of the Verkhovna Rada of Crimea, convicted of treason), one of Kharkiv Terrorists Bashlykov and lawyer of former leader of Kharkiv communists Alla Alexandrovska.

Since 2018 he became the member of the Barristers compant, director of which is Oleksiy Shevchuk, who defends subjects of the NABU cases.

How the head of the SAPO will be selected. Analysis of the Anti-Corruption Action Center