Home Новини Assets of the SBU officials: declaration of Grytsak, former head of the Service, appeared in the NAPC’s Registry

Assets of the SBU officials: declaration of Grytsak, former head of the Service, appeared in the NAPC’s Registry 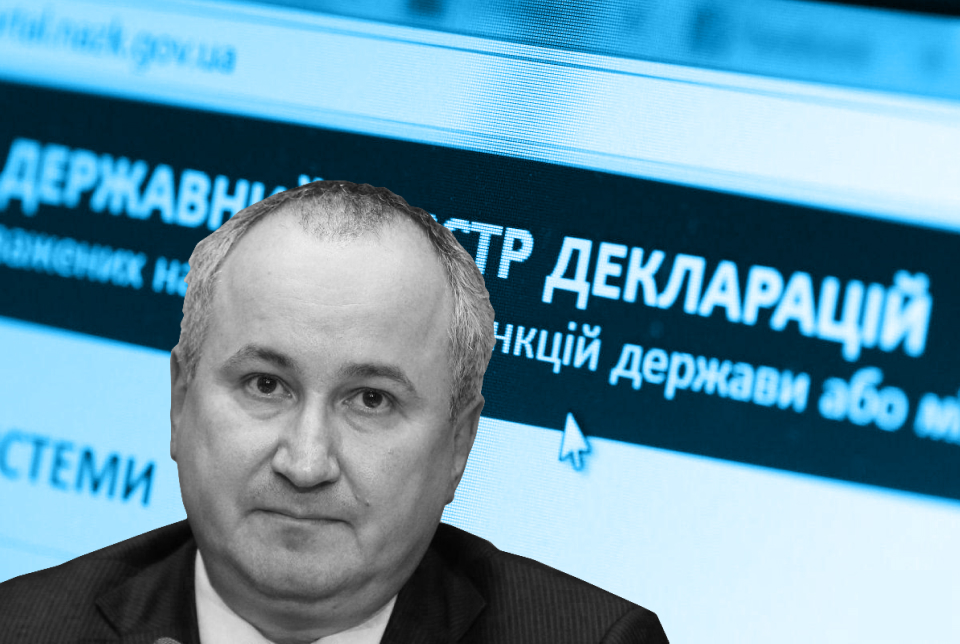 Declarations that were declassified and were not publicly available began to appear in the Registry of the National Agency on Corruption Prevention. They are now available thanks to changes in the law on anti-corruption. The first one was declaration of the former head of the Security Service of Ukraine, Vasyl Grytsak.

In October 2019, the President Volodymyr Zelenskyi signed the law regarding restart of the NAPC. Important changes of this law also affected leadership of the SBU and other security forces.

From now on, all officials of the SBU, other security forces and intelligence officers appointed by public acts of the President or the Verkhovna Rada must submit open declarations.

“Oddly enough that former head of the SBU Grytsak became the first one who complied with the law. To achieve this, it took Anti-Corruption Action Center 3 years of litigation and eventually changes to the law. Now, we are waiting for publication of declarations of current leadership of the Security Service of Ukraine, who have time to submit them until April 1”, commented Andriy Savin, the lawyer at the Anti-Corruption Action Center.

Grytsak’s declaration includes enormous assets, mostly registered on close relatives. There are around ten objects of real estate, luxury vehicles and watches, tens of thousands of funds in foreign currency. These all was declared by the man who had been the military officer for all his life.

Journalists published some materials regarding incredible “successes” of the family of former head of the SBU.

Recently, journalists also reported about the SBU official Mykola Bezzubenko, whose family has elite real estate and fleet of vehicles. However, Bezzubenko also received the corporate apartment worth 5 million UAH from the state. Moreover, the official’s wife is owner of the number of law firms whose attorneys serve and defend in courts large players of pharmaceutical and medical markets, regular tender’s participants and major importers, namely those whose violations should be investigated by her husband.

Zelenskyi himself has repeatedly spoke about the reform of the SBU, in particular, the need to deprive the SBU of its powers to investigate economic and corruption crimes.

We should recall that in September 2016, the NAPC launched electronic declaration system, but failed to agree on the procedure of submission and further verification of declarations of persons whose positions are state secret. The SBU took advantage of this. And its employees allegedly submitted declarations into their own system.