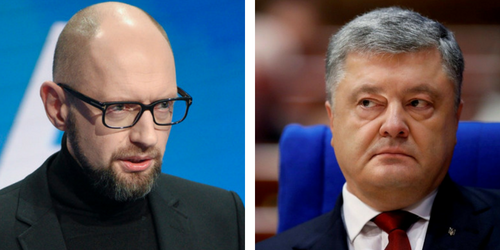 Anti-Corruption Action Centre and Transparency International Ukraine called on the leaders of political forces of the parliamentary coalition Petro Poroshenko and Arseniy Yatseniuk to correct the scandalous provision on appellate procedure and to vote for necessary amendments to the Code of Criminal Procedure this week.

For this purpose, on Wednesday, July 11, the Committee on Legal Policy and Justice should consider amendments to the draft law No.7444 on the judiciary, including the ones on appellate procedure. On Thursday, July 12, MPs should approve the draft law at second reading.

“This is the last parliamentary week before summer recess, when Members of Parliament can make a decision and amend the law,” said in the statement.

About 4 billion USD of funding (in the form of loans and guarantees) from international partners that is extremely needed for Ukraine is held in hands of Members of Parliament and coalition. Receiving this funding depends on changing the provision on the appellate procedure regarding NABU’s current cases.

It should be noted that 18 out of 32 MPs of the Committee are members of Petro Poroshenko Block (including Ruslan Knyazevych, the Chairman of the committee) or the Narodnyi Front. This is the number of MPs necessary for a quorum for the committee and the adoption of a decision on the draft law №7441. Absence of it makes it impossible to vote at the plenary.

As a reminder: the adopted law on the Higher Anti-corruption Court introduced a provision according to which appeals on NABU cases, which are already considered in first instance courts, will be held in courts of general jurisdiction, rather than in newly established Anti-corruption Court.

This means that high profile cases against top officials may never get to the new anti-corruption court, and will be considered only in ordinary courts.

Moreover, yesterday, July 9, the President himself stated that he is looking for amendments to the Law on Anti-corruption Court to be voted on Thursday.