Home Новини Anti-reform according to secret instructions of the SBU. Which of Members of Parliament submitted amendments from Bakanov

Anti-reform according to secret instructions of the SBU. Which of Members of Parliament submitted amendments from Bakanov 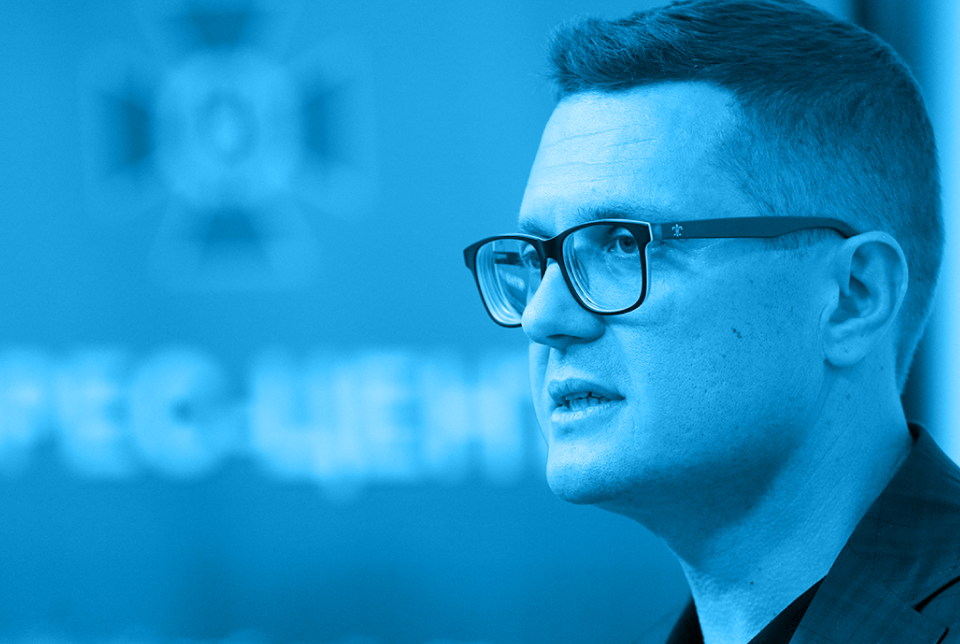 At the end of January, the Verkhovna Rada took important step towards the reform of the Security Service of Ukraine. Members of Parliament took away from the SBU functions and units regarding combating corruption and organized crime and liquidate the possibility of interfering in the economy.

On the same day, the Rada voted in the first reading on the draft law regarding reforming the SBU. All these are important steps, but the Rada is already trying to roll back these innovations.

The law stated that unusual functions remain in the SBU until the Bureau of Economic Security starts its work. The SBU, of course, decided to use the pause not only to restore lost in the law functionality, but also to gain new unusual powers and rights.

The SBU has been trying to fail the reform since last year. When the draft law first introduced provisions that take away investigation from the SBU, namely the possibility “to trade” cases, the SBU began to ruthlessly criticize the reform and even point to involvement of foreign intelligence services in these amendments.

Once again, the SBU itself considers the attempt to bring the Service closer to the best practices of the NATO countries almost a treason.

The head of the working group regarding reform in the Parliament Maryana Bezugla stated that many Members of Parliament had been pressured and threatened.

After voting on the draft law in the first reading, the SBU prepared detailed instructions for Members of Parliament on how exactly the law should be changed before the second reading in order to be suitable for the Service. These instructions were published by the head of working group.

We believe that society should know Members of Parliament who, serve Security Service and its head instead of citizens and voters as it turned out.

In total, 2,225 amendments were received by the Profile Security Committee. According to our estimates, more than 500 amendments have been copied from secret instructions of the SBU.

Which of Members of Parliament got busted on amendments from secret instructions of the SBU?

The most interesting thing is that amendments prepared by the SBU were initiated by Members of Parliament from various factions, including pro-Russian ones.

Grygoriy Mamka, Member of Parliament from faction Opposition Platform For Life, was among those who had submitted amendments from secret instructions of the SBU. He is also associated with the work in favor of Surkis.

In addition to Mamka, amendments in support of the SBU from Opposition Platform For Life were submitted by Anatoliy Burmich, who had been member of the Security Service previously. However, Burmich changed amendments in his text unlike his colleagues, but essence also coincides with vision dictated by the SBU.

Earlier, journalists noticed the head of the Security Service of Ukraine Ivan Bakanov together with assistant to the President Sergiy Shefir on the birthday of Grygoriy Surkis. According to media reports, the SBU even tried to ease sanctions against Viktor Medvedchuk.

Member of Parliament Oleksandr Kachura, who had been previously noticed as the head of one of branches of Medvedchuk’s organization “Ukrainian Choice”, submitted copied amendments from the pro-government faction “Servant of the People“. Kachura himself, despite presence of photos where he is dressed in symbols of the organization of Putin’s godfather, states that he became the head of organization without his knowledge. Nevertheless, Kachura publicly opposes depriving the SBU of unusual functions and even tried to cancel amendments on depriving the SBU of anti-corruption functions during voting in the Parliament.

Amendments dictated by the SBU were also submitted by Member of Parliament from the “Servant of the People” Sergiy Ionushas, who is called close to the head of the SBU Ivan Bakanov. In addition to amendments, Ionushas is pushing in the Rada the draft law on amendments to the Criminal Procedure Code, which do not provide deprivation of the SBU of investigation, but on the contrary strengthen investigative powers, give the SBU the right to take any cases for investigation.

In addition to Kachura and Ionushas, similar amendments were submitted by “Servants” Iryna Vereshchuk and Oleksiy Kovalyov.

On behalf of “Batkivshchyna” amendments according to instructions of the SBU were submitted by Mykhaylo Tsymbalyuk and Andriy Kozhemyakin, who was staff member of the Service and served as deputy head of the SBU, and headed the anti-corruption and organized crime department.

What is offered in the SBU through hand-operated deputies

The voted draft law on reform of the SBU is far from ideal and should be amended carefully. However, instructions prepared by the SBU reduce attempts to reform to turning the Service into uncontrollable monster.

Most of amendments from the SBU come down to returning the original text of the draft law, which was prepared by the Service itself and submitted by the President. We should recalled that version of the draft law was criticized by both international partners and experts in Ukraine and civil society.

Instructions come down to leaving powers of investigation on permanent basis or extending its implementation until 2030. Although deprivation of the SBU of investigation is key indicator of the reform and one that corresponds to the best practices of the NATO countries.

It is proposed to leave in the SBU full functionality to fight organized crime, simply by transferring these powers to counterintelligence units.

The SBU does not want to reduce staff, so instead of currently defined in the draft law 17.000 positions, they propose to leave 20.000 positions and conduct such reduction not in 3 years, but in 7 years. Also, the SBU wants to keep in the structure of all ancillary organizations, such as sanatoriums and enterprises, although they oppose inclusion of these institutions in total number of services. That means with such amendments the staff of the Service will remain inflated.

It is interesting that the SBU also wants to remain the first two deputy heads, as well as remain key powers over organization of internal control in the Service and approve the organizational structure. Today, these powers remain with the President in the draft law.

Here we have described only some harmful amendments regarding which there is clear evidence of their preparation by the SBU. However, the draft law contains hundreds of other questionable amendments.

All these proposals are nothing more than attempt to neutralize any updates of the SBU and thwart the reform. It is obvious that one of purposes of these copied amendments is deliberate delay and even disruption of voting.

The worst thing is that cost of manual control over Members of Parliament by the SBU may be disruption of Euro-Atlantic integration of Ukraine. Because real reform of the Security Service of Ukraine will help to speed up movement of Ukraine towards the NATO, as the NATO Secretary General Jens Stoltenberg stated in conversation with the President Zelenskyi on February 25 this year. However, instead of promoting such integration, which will facilitate more effective exchange of intelligence information between the SBU and services of Alliance countries, the key security department of the country is trying to disrupt it with hands of Members of Parliament, including pro-Russian political forces.