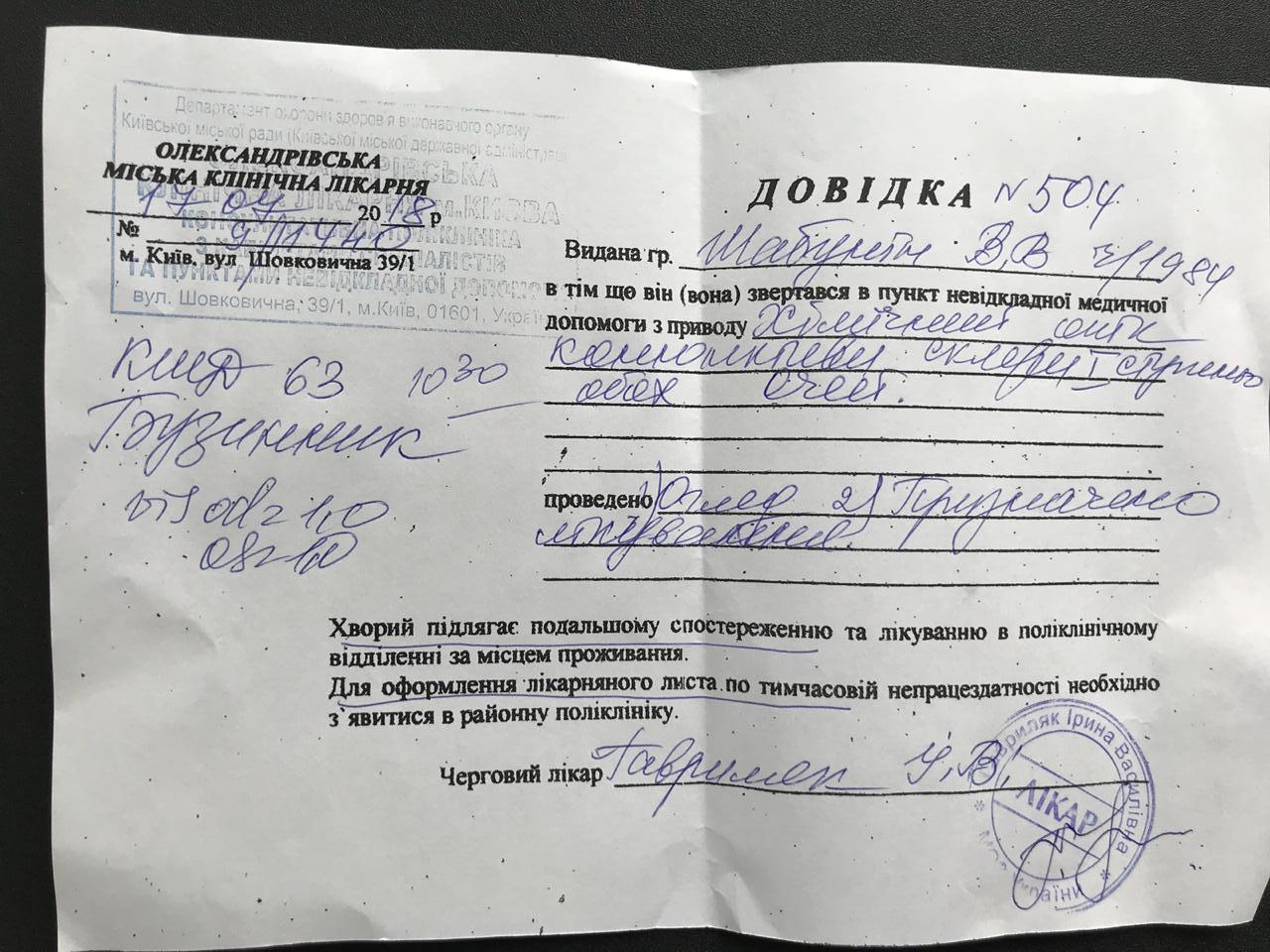 Today, near the Specialized Anticorruption Prosecutor’s Office, a group of young men in military uniform attacked the Head of Board of the Anticorruption Action Center Vitaliy Shabunin and poured brilliant green dye in his eyes. According to the medical report of the Oleksandriyivskyi Hospital, Shabunin got a corrosive burn of both eyes.
The incident took place during a provocation when activists of the AntAC, the Automaydan and the Non-Indifferent Initiative came to the Specialized Anti-Corruption Prosecutor’s Office to conduct a rally calling for resignation of SAPO Head Nazar Kholodnytskyi. The reason for that was closing by him of the “backpacks case” against Oleksandr Avakov, son of the Minister of Internal Affairs, and former deputy Minister Serhii Chebotar. The activists brought a backpack for Kholodnytskyi with the inscription “Kholodnytskyi, pack your stuff and go out!”.
In order to prevent rally of the activists, the protest of elderly women, youngsters and young men in military uniform was staged near the SAPO. It was led by Illia Kiva, former police official. Most of the participants were the representatives of police in civilian, military and police uniforms.
As a reminder, a year ago near the military enlistment office provocateur Vsevolod Filimonenko sprayed in the face of Vitaliy Shabunin. Due to that Shabunin got to the hospital with the corrosive burn of the eyes. Nevertheless, the criminal case upon that incident stalled.
Share the news

Data Ocean became the technical partner of the AntAC’s project PEP.ORG.UA. How the access to the Public Register of Politically Exposed Persons will be improved