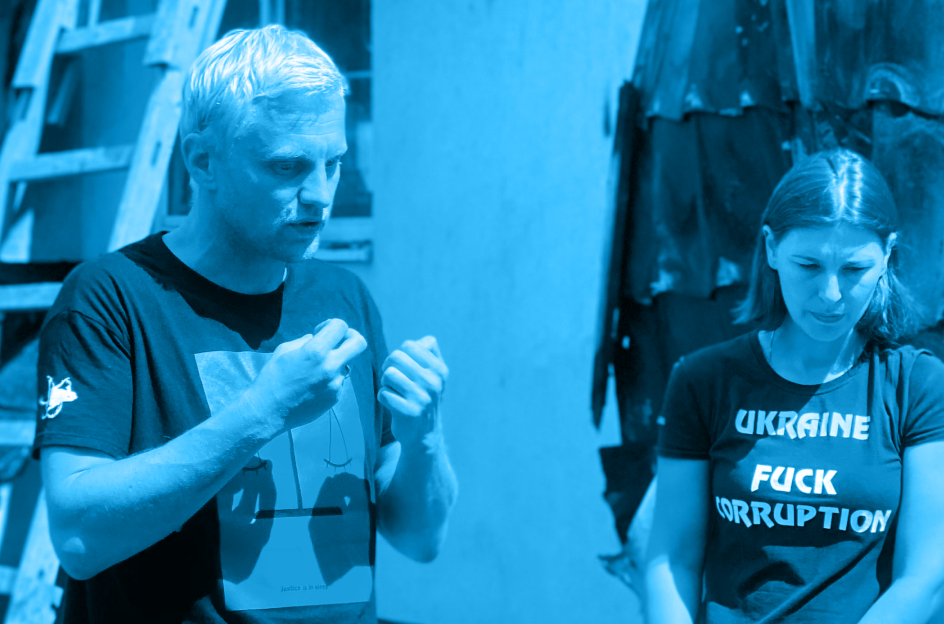 NGO Anti-corruption Action Centre considers that it is not just the arson of the house of head of ANTAC’s board Vitaliy Shabunin but an assassination attempt on him and his family members. We attribute the arson of the house with the professional anti-corruption activities of Vitaly and the ANTAC. The arson is a part of a campaign aimed at intimidatingANTAC, its team members and stopping our activities.

We do not trust investigation conducted by the police. We will demand the change of qualification of crime, because preliminary, the police qualified the arson as intentional harm of the property (part 2 of Article 194 of the Criminal Code). We will also demand the change of investigative authority, because the national police is controlled by Arsen Avakov, whose resignation we are demanding for a long time.

During recent years, we face systemic pressure of law enforcement authorities and some corrupt officials. This pressure manifests itself  in smear campaigns, political persecutions and physical attacks. Few years ago Vitaliy Shabunin was attacked with green acidic liquid (“zelenka”), it is investigated by police with no progress. Recently, the police started another fictious “investigation” following appeal of Andriy Derkach. Our organization conducted numerous loud investigations on corruption schemes, sent hundreds of crime reports on corruption regarding TOP-officials. Those cases initiated by the ANTAC are currently investigated by law enforcement, some of them are on trial.

“We do not consider this arson as a threat or encroachment on damage of the property as initially qualified by police. This is a clear assasination attempt on Vitaliy Shabunin and his family. According to the Criminal Code, we will qualify the incident as assassination attempt. What does this mean? The arson took place at night, when it was clear to the attackers that there were people inside and they were sleeping. The fact that Vitaly lives at this house is public information published in his asset declaration. According to witnesses, the source of the fire was an object that fell under the door of the house: a fireball caught fire, which was on the roof of the house in a minute, ”said Olena Shcherban, a member of the ANTAC’s board and Vitaliy Shabunin’s attorney.”

We already have evidence that the police tried to temper with proper investigation. The representatives of the organization during the phone call asked the police not to start the investigation actions at the scene of crime without their presence, but the police officers ignored the request and removed some objects  from the scene.

We emphasize that the entire organization, all its members, as well as their families, are in danger. The situation in which public activists are at the highest level of danger escalated in a year of Volodymyr Zelensky presidency. This testifies to the complete inaction of law enforcement agencies in investigating attacks on the Anti-corruption Action Centre and other activists across the country.

We demand President Zelenskyi to put on personal control the cases of attacks on activists including assassination attempt on Vitaliy Shabunin and his family.