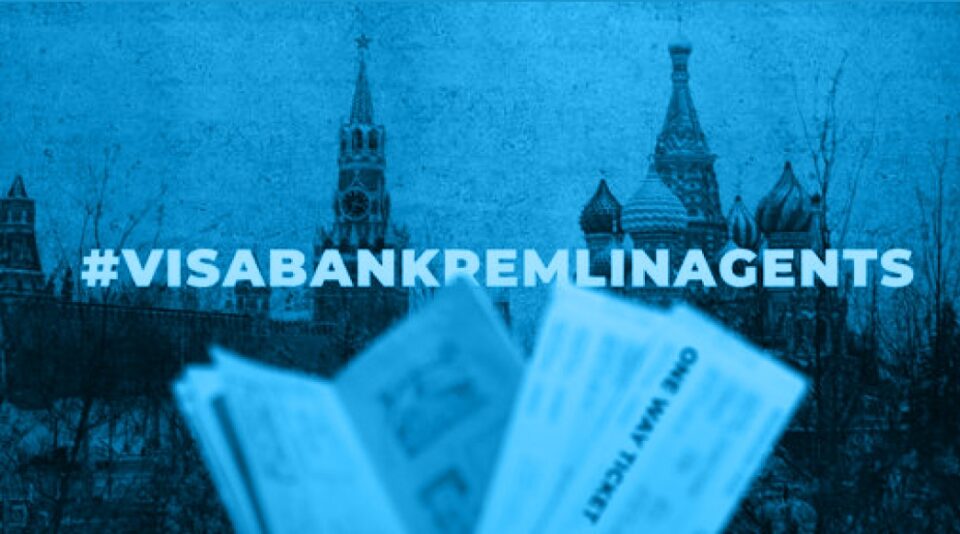 The Anti-Corruption Action Center has added the profile of deputy head of the Office of President Oleg Tatarov to the “Visa Ban Kremlin Agents” project’s website. Analysts of the AntAC have collected data on Tatarov’s pro-Russian and anti-Western activities.

The competition for position of the head of the Specialized Anti-Corruption Prosecutor’s Office has been going on for more than 14 months. Members of the commission under the parliamentary quota and under informal leadership of Tatarov regularly disrupt meetings and block certification of the winner.

According to the AntAC, the selection of members of the commission from the Verkhovna Rada’s quota was conducted by Oleg Tatarov. In particular, journalists found numerous connections between most of people appointed by the Parliament and the deputy head of the OP.

During the competitive selection process, most members of the commission under the parliamentary quota delayed the process in various ways. They tried to establish procedures that did not provide for integrity examinations, and unreasonably blocked independent candidates at the competition.

When two candidates reached the final of the competition, one of whom was the detective of the NABU Oleksandr Klymenko, who was involved in Tatarov’s case, the controlled part of the commission artificially delayed the process and tried to disrupt it altogether.

While Zelenskyi promises Biden to immediately select the head of the SAPO, the officials from his office, namely Tatarov, havebeen brazenly blocking the competition for over a year.

Today, the AntAC is waiting for the end of this year to find out whether the competition at the SAPO will end fairly, in order to add new information on how it ended and whether Tatarov managed to finally disrupt the selection of the head of the SAPO”, the Chairman of the Board at the AntAc Vitaliy Shabunin commented .

The attention of international partners is focused on the competition for position of the head of the SAPO, as its independent selection is one of priorities of the IMF program, and was also identified as urgent measure in joint statement of presidents of the United States and Ukraine.

Analysts of the AntAC gathered information in Tatarov’s profile about his career at the Ministry of Internal Affairs during the presidency of fugitive Viktor Yanukovych, false statements about the Revolution of Dignity, close connections with sanctioned in the US Andriy Portnov, scandalous corruption case, anti-Western rhetoric, and attacks on anti-corruption infrastructure.

We should recall that within framework of the project #VisaBanKremlinAgents, the AntAC collects information on assets of corrupt and pro-Kremlin agents in power and appeals to the EU, the UK, the USA, and Switzerland to ban anyone who attacks Ukraine’s cooperation with the Western allies and to verify the source of origin of assets of such persons.

On January 11, 2021, it became known that the United States had imposed sanctions on 7 citizens and 4 Ukrainian media for interfering in the United States presidential elections. Among these people was also the Member of Parliament from the party “Servants of the People” Oleksandr Dubinskyi. The  appeal regarding him was sent by the Anti-Corruption Action Center.

In addition, on December 9, the US government imposed sanctions on Oleksandr Tupytskyi, who also has profile on the website of the AntAC’s project.

How Avakov, Venediktova and Pechersk Court rescue the agrobaron Bakhmatyuk and his property