Home Новини ANNOUNCEMENT — The case against Shabunin: the court will continue to question defense witnesses 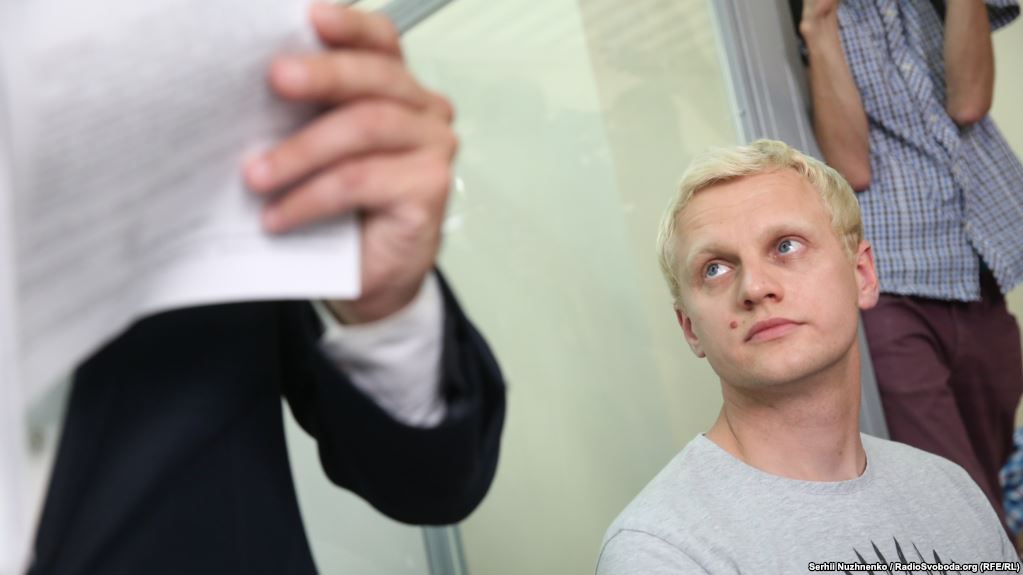 On Tuesday, December 18 and Thursday, December 20, Dniprovsky District Court of Kyiv will hold regular hearings in the case against Vitaliy Shabunin, the head of the Anti-Corruption Action Center.

The hearings will begin at 2 p.m. The address of the court is 5 Koshytsya street.

During the trial defense witnesses of Vitaliy Shabunin, the head of the Anti-Corruption Action Center, will continue to testify in court. He is accused of attacking the journalist, who, in fact, is the provocateur and video blogger. The latter uses journalist’s ID of non-operating publishing house as a cover.

Vitaliy Shabunin is accused under the Article 345-1 “Threat or violence against a journalist” of the Criminal Code of Ukraine. The proceeding was started following Vitaliy Shabunin’s punch of the provocateur Filimonenko one year ago, after the latter had persecuted Shabunin and AntAC employees for a long time. Shabunin faces up to 5 years in prison.

During the last hearing on October 26, the prosecutor demanded house arrest for Shabunin, and the provocateur Filimonenko wore mask with the face of the President Poroshenko.

The court denied the prosecutor’s appeal regarding Shabunin’s house arrest and questioned the defense witness – Tetyana Peklun, his colleague and until recent time AntAC Deputy Executive Director. She confirmed that the whole team of the Anti-Corruption Action Center considered Filimonenko as the provocateur. They did not consider him as the journalist.

Moreover, prosecution witnesses, namely Denys Maganov, Anton Grynyov and Oleksiy Lypovetskyi, have already been questioned in court. Maganov is the editor-in-chief of Flash on Time News, which gave editorial task to the blogger Filimonenko. During the questioning he confirmed that Filimonenko works “free of costs” in his newspaper, which was printed only three times during its lifetime. None of these issues contain Filimonenko’s materials.

Filimonenko’s colleague Grynyov stated to the court that he voluntarily worked as the trainee of Filimonenko. And Lypovetskyi, who filmed all Filimonenko’s provocations, could not remember either the address of Flash on Time News nor any other editorial task got from Maganov.

The timeline of the case: http://bit.ly/2LnGLgZ