Home Новини ANNOUNCEMENT — Politicians, Officials and Activists to Discuss Agenda for Next Parliament in Kyiv 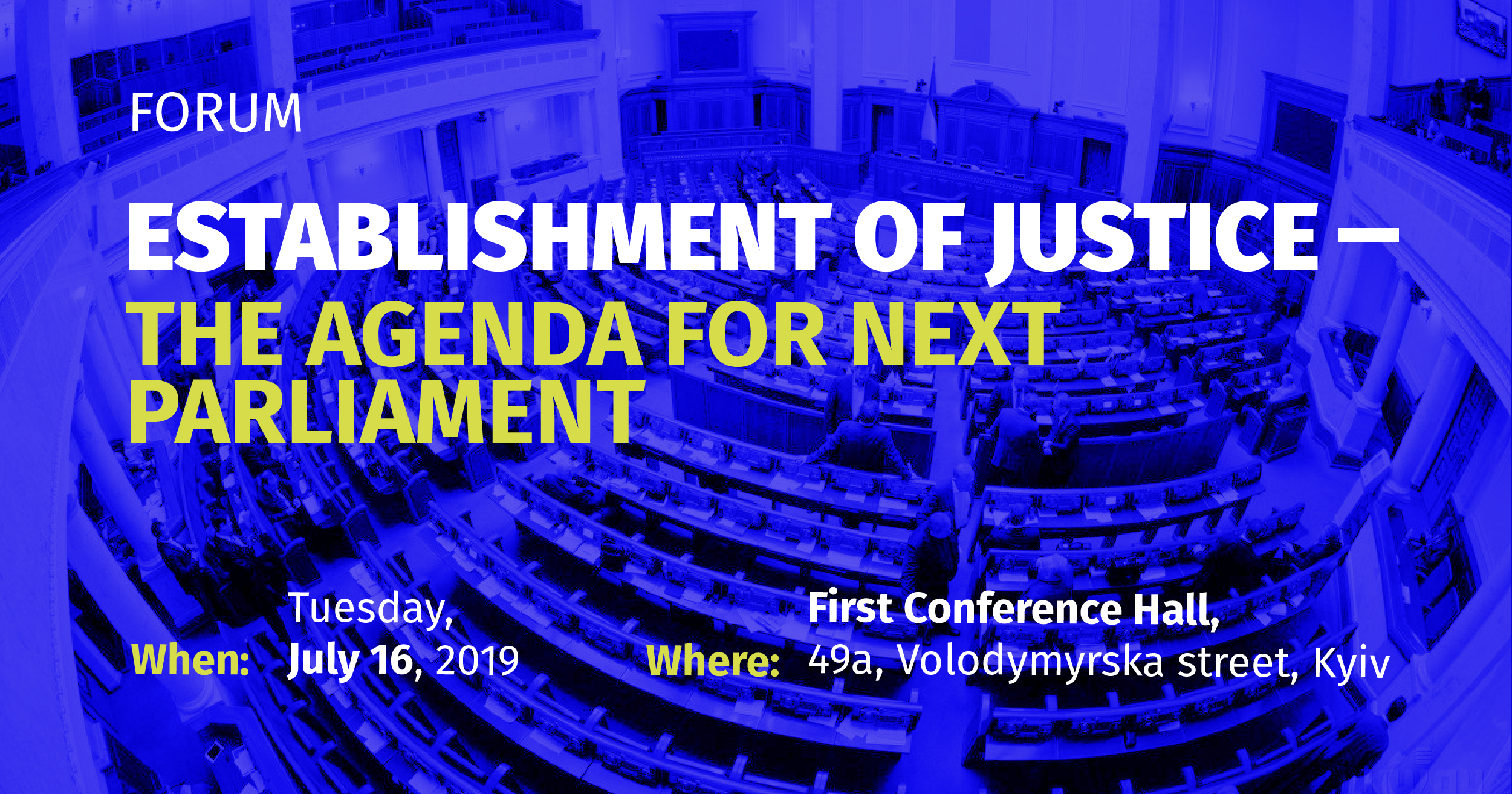 On Tuesday July 16, the forum “Establishment of justice — the agenda for next Parliament” will be held in Kyiv.

Among the speakers who have already confirmed their participation are Hugues Mingarelli, Head of the EU Delegation to Ukraine, Oleksandr Danylyuk, the NSDC Secretary, Ruslan Riaboshapka, Deputy Head of the Office of the President, Artem Sytnyk, Director of the NABU, Roland Kovats, Director of the USAID/ENGAGE project, Lesia Fedorak, judge of the High Anti-Corruption Court,  Yaroslav Yurchyshyn, Deputy Chairman of the “Voice” party,  Ivan Krulko, Deputy Chairman of the “Batkivshchyna” party, Andrii Borovyk, Executive Director of Transparency International Ukraine, and Vitaliy Shabunin, Chairman of the Anti-Corruption Action Centre.

Freedom and justice are the greatest values for Ukrainians. However, due to the lack of reform of the courts, the prosecutor’s office, the police, as well as the punishment for the top corrupt officials, Ukrainians did not get the desired justice.

Society expects the next parliament to establish justice.

The coalition of public organizations has put forward demands for the candidates for the Parliament election necessary to establish real, not just declarative, justice in Ukraine.

On July 16, we invite participants from political circles, the executive power, the civil society sector and diplomatic institutions to discuss The Agenda for Justice and its immediate implementation.

Working languages:
Ukrainian and English
Simultaneous interpreting will be available.

Fill in the form to participate in the forum:
http://bit.ly/2JDQ9N7