Home Новини ANNOUNCEMENT – Danger, it is toxic! Activists will hold the action near departments of Lutsenko and Avakov

ANNOUNCEMENT – Danger, it is toxic! Activists will hold the action near departments of Lutsenko and Avakov 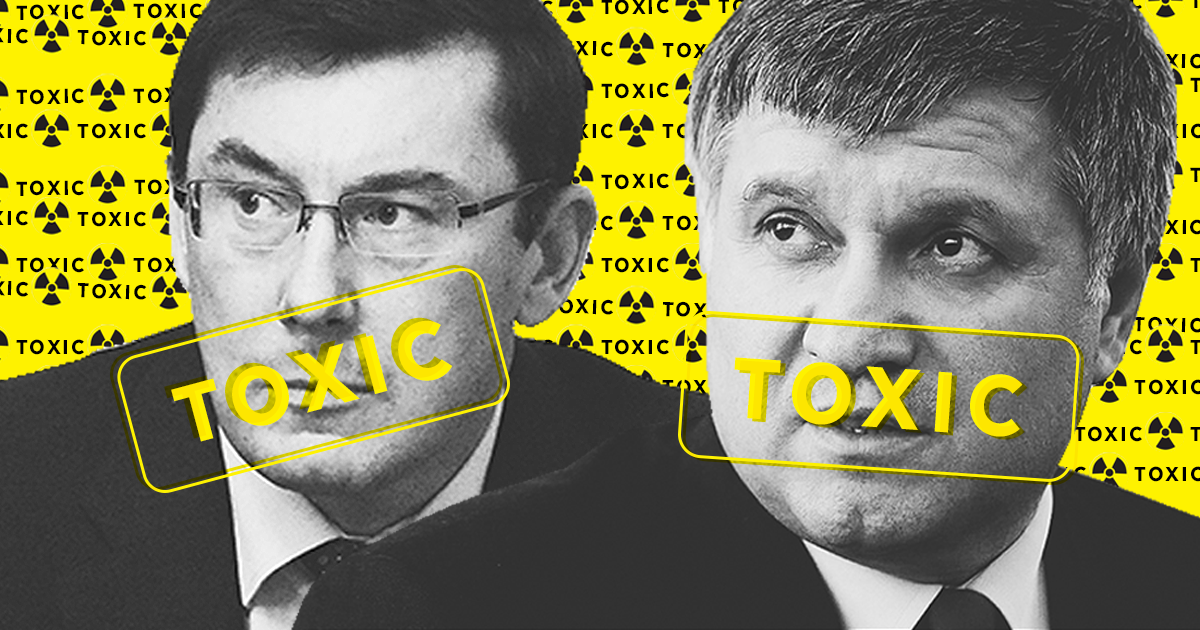 On Tuesday, May 14, public activists will set the sign “Toxic” and put the barrier tape around buildings of the Prosecutor General’s Office and the Ministry of Internal Affairs. Heads of these departments Yuriy Lutsenko and Arsen Avakov became politically toxic and they should resign.

The Prosecutor General Lutsenko and the Minister of Internal Affairs Avakov are politically responsible for the failure of reforms in the Prosecutor’s Office and the police. Law enforcement agencies led the corruption instead of fighting with it. And instead of arresting criminal authorities, they became their best friends.

As the result, more than 55 attacks against activists and journalists have been committed in Ukraine since 2017, including 4 murders. Investigations of these attacks are completely sabotaged by the Prosecutor’s Office and the police. Instigators are not punished in any case.

At the end of April 2019, the Prosecutor General’s Office softened the article of indictment to Vladyslav Manger, who is now prosecuted not for the contract murder, but for the organization of causing severe bodily injuries to Kateryna Handzyuk. Let’s remind you that Katya was poured with one liter (!) of sulfuric acid.

At the same time, the National Police initially sabotaged investigation in the case of Handzyuk. They tried to accuse the unrelated switchman and feed the society with this lie. If it were not journalists’ work, he would be punished for the not-commited crime.

Moreover, Arsen Avakov’s son Oleksandr and his deputy Serhiy Chebotar organized the corruption scheme regarding theft of 14 million USD. Nobody took the responsibility in the “case of backpacks”.

In its turn, Yuriy Lutsenko helped to finally fail the investigation of economic and corruption crimes of Yanukovych’s associates. He helped them to come out with clean hands.

When Yuriy Lutsenko was for the Prosecutor General and because of lack of progress in investigations Andriy and Serhiy Klyuyev, Yuriy Ivanushchenko, Olena Lukash were excluded from the EU sanction list.