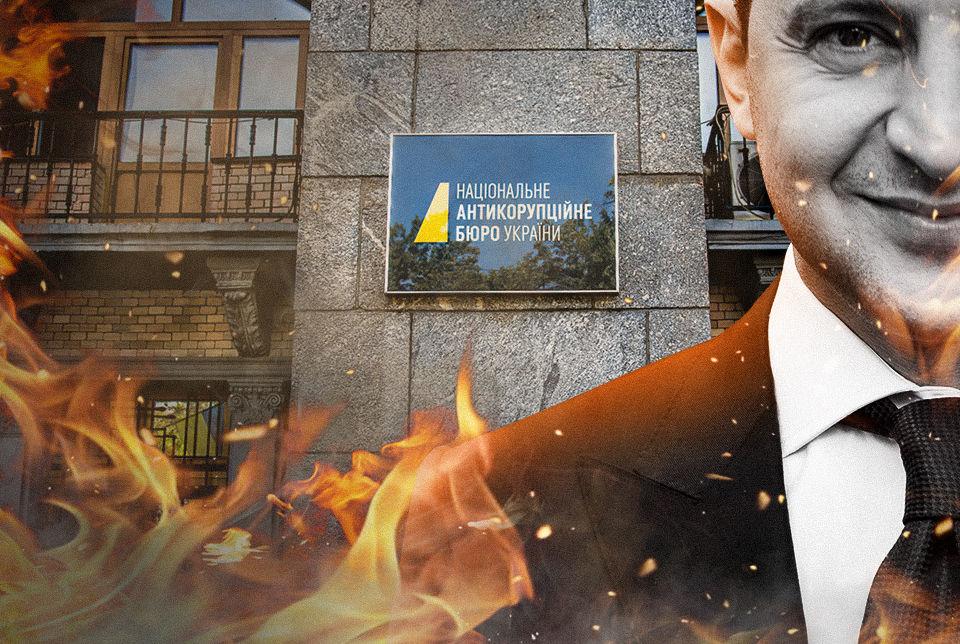 The Verkhovna Rada has registered the governmental draft law №5070, which blocks the work of NABU, determines new competitive procedure on appointment of the director and changes status of the bureau. The proposed norms create basis for the selection of controlled head of the NABU.

If this draft law is adopted, the NABU will in fact have both a director and an interim director, which calls into question the legitimacy of any decisions made by the bureau’s leadership.

“It is obvious that the reason for this draft law is a desire to appoint controlled director of the NABU, who will block cases against “Tatarov’s” or conversely initiate cases against enemies of Zelenskyi after one call from Bankova street. Neither such political dismissal nor manual competition procedure in the NABU will be accepted by international partners under any circumstances. That is why the pro-Russian environment is pushing Zelenskyi to take this step”, stated Vitaliy Shabunin, head of the board of the AntAC.

What will happen to current director Sytnyk

Transitional provisions of the proposed law stipulate that his duties will be performed by his first deputy until the selection of new director.

At the same time, there is no norm in the draft law that would determine what should happen to current director of the NABU Artem Sytnyk.

Under such circumstances, Sytnyk remains Director of the NABU, but his powers are de facto terminated, as his first deputy Gizo Uglava will perform duties until new Director is selected. This creates legal uncertainty, which will negatively affect activities of the NABU and may be the ground for appealing against decisions made by Sytnyk or Uglava. Moreover, this problem will not disappear with appointment of new Director and will exist at least until April 2022, when 7-year term appointment of Sytnyk will expire.

Today, the law defines clear and exhaustive grounds for dismissal or termination of powers of director of the NABU, which is one of guarantees of independence of both the bureau and the director. None of these grounds exist at present. And therefore, decision on actual termination of his powers is unfounded and illegal. Such political decision undermines basic principles of independence of the NABU and sets dangerous precedent for the future.

What type of competition is proposed

New competition procedure on selection of director determines following configuration of the competition commission: 9 members, 3 of which are determined by the National Security and Defense Council headed by the President, 3 are determined by the Cabinet of Ministers independently and 3 by the Cabinet of Ministers but on the proposal of international partners of Ukraine in the sphere of anti-corruption. Decisions will be made by simple majority of 5 members of the commission.

“In the case of the SBI everyone who adopted this fake procedure perfectly understood that they wanted to use international partners in order to legitimize the process. The same is now being proposed to the NABU, but of course no one will agree. The NABU, in fact, risks to lose its director, as the SBI does now. And interim director will be simply removed in another way in time, because guarantees against political dismissal aren’t applied to him, and the precedent will already be set”, added Shabunin.

What else is changing

It is worth to note that this draft law appeared after failed negotiations with the International Monetary Fund. Memoranda with the IMF provided for the establishment of the NABU and ensuring the independence of the bureau. Violation of these previous agreements risks to undermine cooperation and destroy remnants of confidence in the Ukrainian government.

Similarly, manual procedures for selecting a new director will destroy cooperation with both the EU and the United States. After all, this directly contradicts what Ukraine’s commitments.

It is worth mentioning that the government named the precondition for the draft law a decision of the Constitutional Court, which previously declared unconstitutional the procedure of appointment of Artem Sytnyk to the position of director of the bureau, and subsequently some of the provisions of the Law “On the National Anti-Corruption Bureau of Ukraine”.

At the same time, the Constitutional Court set a deadline for the Parliament to change unconstitutional norms until December 16, 2020. However, the Verkhovna Rada ignored this issue for five months, despite existence of various draft laws to resolve this crisis.

Also, in November 2020, at the meeting with ambassadors of the G7 countries, Zelenskyi stated that despite the decision of the CCU Sytnyk would continue to act as the director of the NABU, and declaring certain provisions unconstitutional would not pose threat to independence and legitimacy of the head of the Bureau.

Competition for the position of director of the NABU. Risks and chances of top twenty