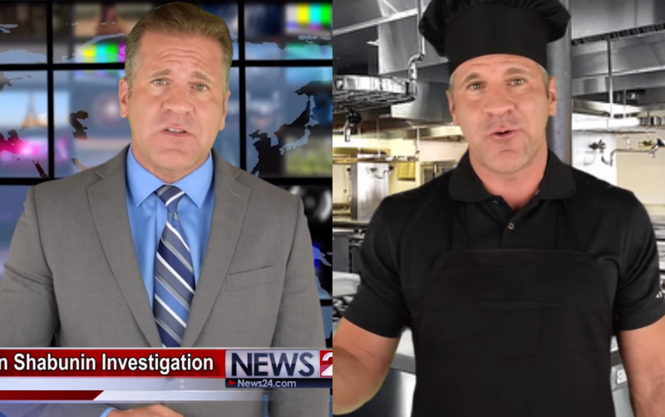 A video of alleged US channel News 24 appeared in the web recently where the host was telling about investigation of financial fraud of the Anti-Corruption Action Centre Head Vitaliy Shabunin.

It was published on youtube channel Storozh Ukraina on May 28, 2017 and has more than 10 thousand views for 2 months.

“Vitaliy Shabunin spent more than 150 000 USD for cars land and a new house. At the same time, he was publicly asking for money to cover different expenses like his wife’s treatment», host says.

It is actor Michael-John Wolfe, who can play any role for remuneration, a cook or fitness consultant for example.