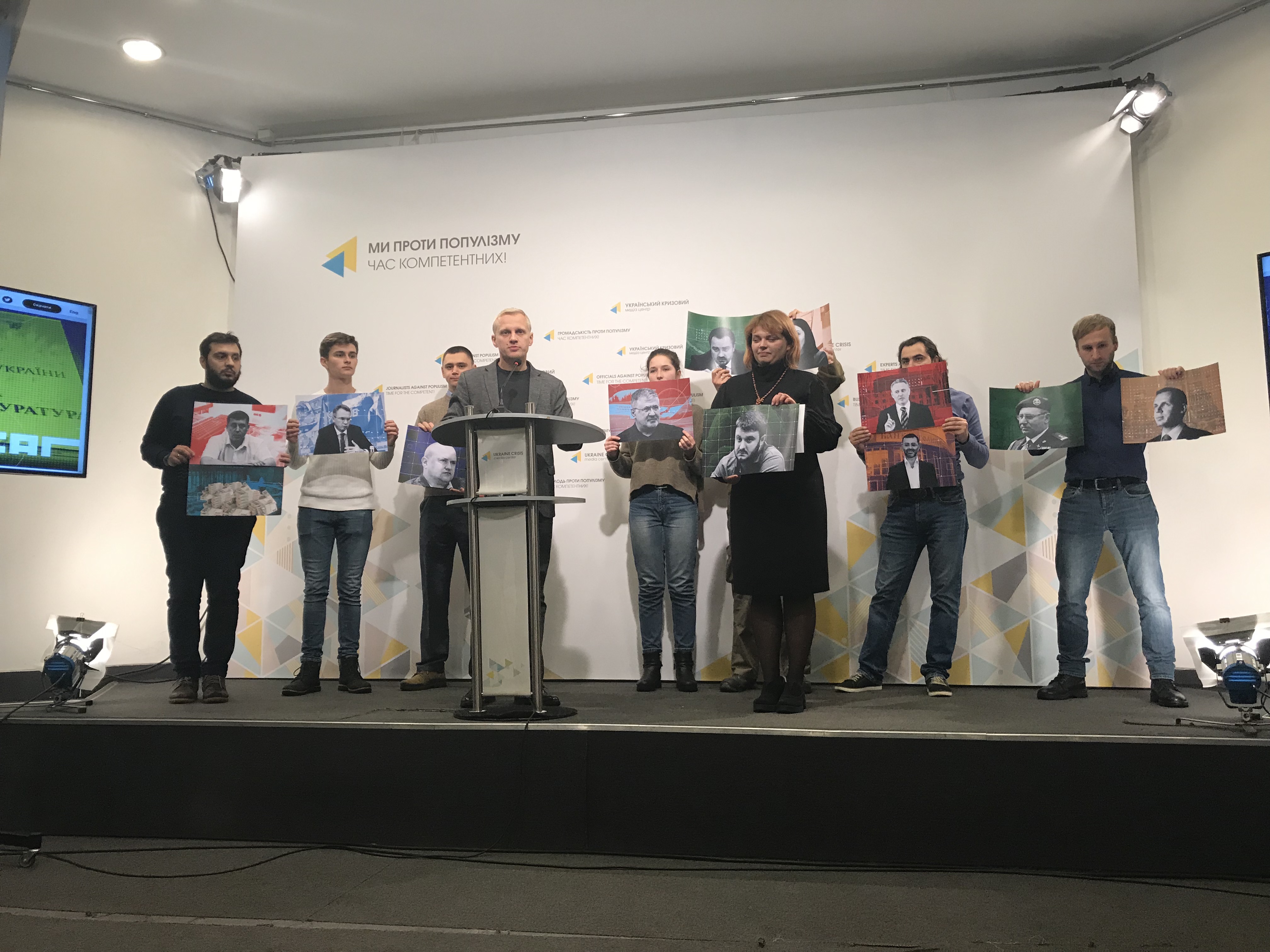 The Anti-Corruption Action Center presented the web-site that collected facts regarding top corruption cases ‘dumped’ by the Specialized Anti-Corruption Prosecutor’s Office. According to the organization, there are enough grounds to dismiss the head of SAPO Nazar Kholodnytskyi and to restart the agency. Resource address is http://sapfails.antac.org.ua/engsap

High hopes regarding investigation and prosecution of top corruption cases in courts were put on the new Specialized Anti-Corruption Prosecutor’s Office, which was founded after the Revolution of Dignity. However, actions of some prosecutors and their leadership do not meet these expectations.

“The Anti-Corruption Action Center has collected cases in which some of SAPO prosecutors, as well as their chief personally, have dumped or continue to dump perspective investigations”, explains Olena Shcherban, AntAC lawyer. For example, among the list there is the so-called “case of backpacks”, which was closed regarding the son and former deputy of Avakov. Or there is the case of “apartment bribe” to Suprun, in which Kholodnytskyi warned the subject of the case about the course of investigation”, adds Shcherban.

In general, activists presented 13 top corruption cases, in which prosecutors’ actions made harm to investigation or reduced to zero chances of real verdicts and confiscations regarding their subjects.

Some of these cases may still be reanimated by prosecutors and may be properly defended in courts. However, the case of “Avakov’s backpacks”, for example, has already been “buried” completely.

“There are enough facts, recorded on the “aquarium tapes”, for the Prosecutor General Yuriy Lutsenko to stop covering his subordinate Nazar Kholodnytskyi and to sign finally the notice of suspicion for him. According to the media, it is ready since summer 2018″, – said AntAC head of board Vitaliy Shabunin.

The second step, according to activists, is the restart of the Specialized Anti-Corruption Prosecutor’s Office through the dismissal of its leadership, as well as dishonest prosecutors. In order to do this, the Verkhovna Rada has to prepare and adopt the law to restart SAPO.

The quality of top corruption investigations and court verdicts depend on prosecutors, and, consequently, whether subjects of top cases will be punished for thefts.

Zelenskyi, contrary to the program with the IMF, attacks the independence of NABU

Assistant to former MP of the Party of Regions, top policeman of Yanukovych era or anti-corruption fighter: who will select the head of the SAPO