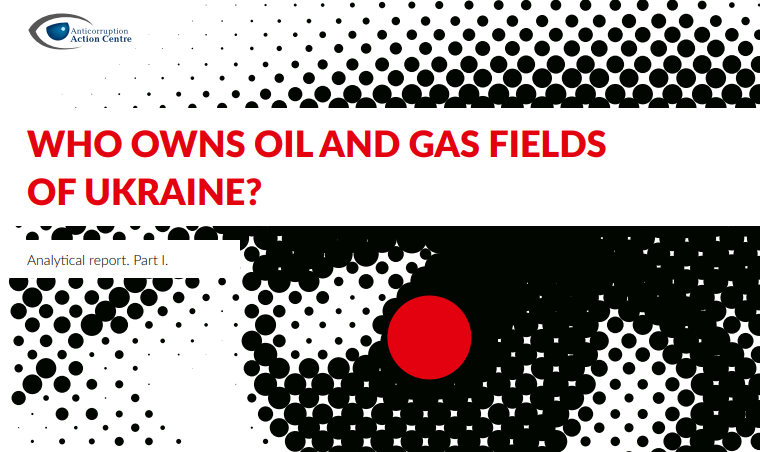 The US sanctions law against Russia passed back in July 2017  contains a special section on Ukrainian energy security.

The goal of this provision is to help Ukraine to decrease dependence on Russian influence, specifically on Russian sources of energy. Among other things American Congress tasked the Secretary of State to work closely with Ukrainian Government to “increase the amount of energy produced in Ukraine.”

Development of domestic extraction of oil and natural gas is officially proclaimed by Ukrainian government as part of the state strategy on energy independence and security. This task is of particular importance during the war with Russia that blackmails Ukraine and the EU with Gazprom gas supplies.

In order to attract investments, Ukrainian authorities have to make the extraction market as transparent as possible and open for fair competition. However, AntAC report suggests that the market is not open for real foreign investors and is shared between political cronies and oligarchs, sometimes with close ties to Russia.

In order to extract oil and gas in Ukraine the company should have a special permit issued by the state through complex and usually non-transparent procedure.

In total there were 474 oil and gas extraction  permits issued to private and state owned companies in Ukraine as of February 2018. 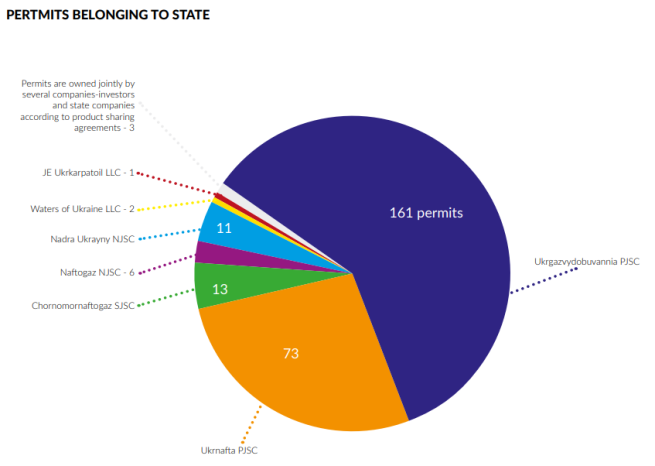 Many of  these state giants regularly become in the epicentre of corruption scandals and investigations in Ukraine. The reason is simple: some of the state companies have confidential  joint activity agreements with private companies.

The agreements entail serious corruption risks, as usually the public even doesn’t know that certain companies are extracting Ukrainian gas/oil jointly with the state, what are the terms of agreements and how the profits are shared.

Back in December 2015 NABU triggered criminal investigation considering MP Oleksandr Onyshchenko, whose companies had a joint agreement with state company “Ukrgazvydobyvannya”. The jointly extracted gas was sold for below-market price, as a result the state has suffered losses of nearly 3 billion UAH.

Also, back in 2011-2013 Ukraine initiated its shale gas exploration and concluded Product Sharing Agreements with major international extractive companies Chevron Corporation and Royal Dutch Shell. In 2014, Chevron stated its intention to pull out of the agreement. In 2015, Shell also withdrew from its agreement. However, instead the government decided to replace Shell with previously unknown investor with no experience in shell gas extraction, Yuzgaz B.V. from the Netherlands. Besides the company’s affirmations the real beneficiaries of the company seem to be hidden.

The rest 204 permits are owned by 114 private companies alone.

One-third of these private companies are controlled by national politically exposed persons (“PEPs”), meaning persons who perform or performed certain public (political) functions of the state or being close associates of such persons.

Recently the World Bank issued a study suggesting that “2 percent of firms in Ukraine are politically connected, however, they  control the quarter of assets of all Ukrainian companies”. This fact is particularly vivid in the sector of oil and gas extraction of Ukraine.

Eleven PEPs own a quarter of all oil and gas special permits issued in Ukraine (The analysis only considered the facts of special permits holding and did not overview the real amounts of production and market shares of the companies.)

It is notable, that the biggest amount of permits belong to the companies of Mykola Zlochevskyi, a former Minister of Environment and Natural Resources under Yanukovych presidency. Most of the permits were issued to his companies while Zlochevskyi was a Minister. 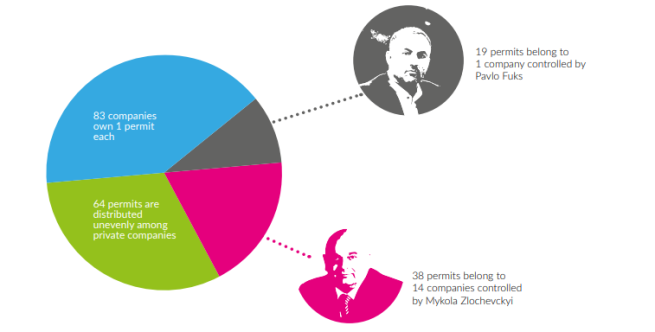 Pavlo Fuks, as well as many other oligarchs and political cronies  like Victor Pinchuk, Oleksandr Onyshchenko, Igor Kolomoyskyi, Rinat Akhmetov are not officially reported by oil & gas extractive companies as their ultimate beneficial owners.  However, quick analysis of other publicly available data helps to reveal these persons behind complex corporate offshore structures and nominal directors. 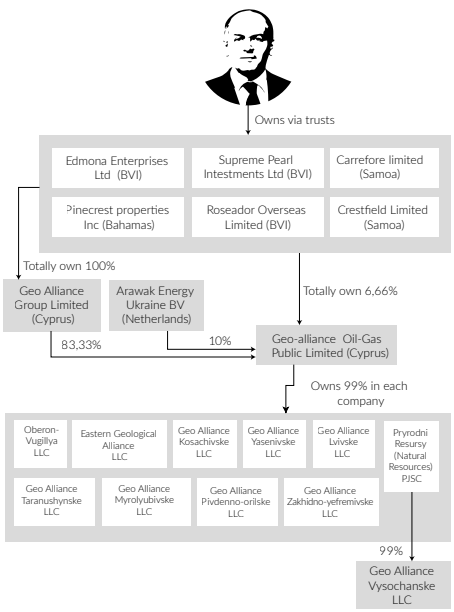 While companies owning permits frequently report foreign citizens to be their beneficial owners, one can’t find well known international investors in the oil and gas sector: 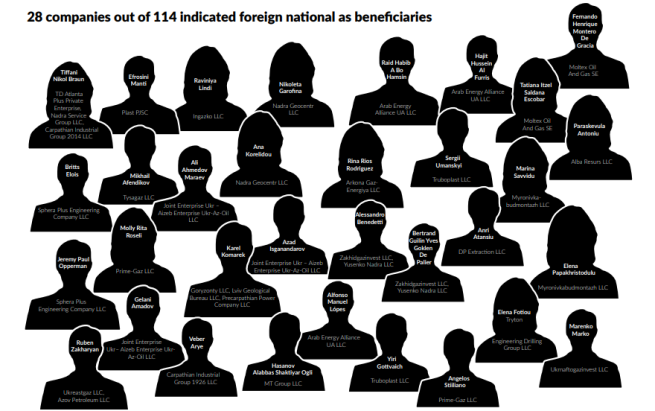 There is high likelihood, that many of these reported beneficial owners are in fact nominal directors helping to disguise the true beneficiaries of oil and gas extraction industry of Ukraine.

What has to be done?

There are many problems, which have to be resolved in order to attract real foreign investors into the energy production market of Ukraine, but transparency of the market is a crucial prerequisite for fair competition and market liberalization. There has to be clear answer to the question: who is getting access to the  oil and gas production fields in Ukraine.

AntAC’s analysis shows that many owners of oil & gas production permits are reluctant to reveal their identities. Companies owning permits frequently submit false information to the state about their beneficial owners.  At the same time, the state does not apply effective mechanisms of verification of this information – neither on the stage of issuing permits nor at the stage of exploration or development of fields. This creates serious corruption risks for deterring potential bona fide investors.

Therefore, Ukraine should develop effective procedures for verification of information about beneficial owners of such companies and false statements about beneficiaries should become  a ground for cancelling extraction permits.

In addition, there is no reason for keeping in secrecy joint agreements between Ukrainian state-owned enterprizes and private companies for exploration of oil and gas fields.

Secrecy in this case helps to disguise shady corrupt deals and maintain monopoly of oligarchs and political cronies in oil & gas extraction sector. These agreements have to become public in order for citizens of Ukraine to have full information on who controls strategic national natural resources and for potential foreign investors, who are willing to invest into the Ukrainian energy market. If we continue keeping in secret information about real controllers of Ukrainian natural resources, energy security of Ukraine will suffer.

As at any moment behind the chain of complex offshore structures an ultimate beneficial owner of Ukrainian extractives could appear to be Russia again through its agents and/or oligarchs.

150 of Triggered Investigations, Edu Centre and First in Ukraine Politically Exposed Persons Register – AntAC Reports on its Years of Work