Home Новини 100 days of full-scale war. How the Anti-Corruption Action Center readjusted the work of organization 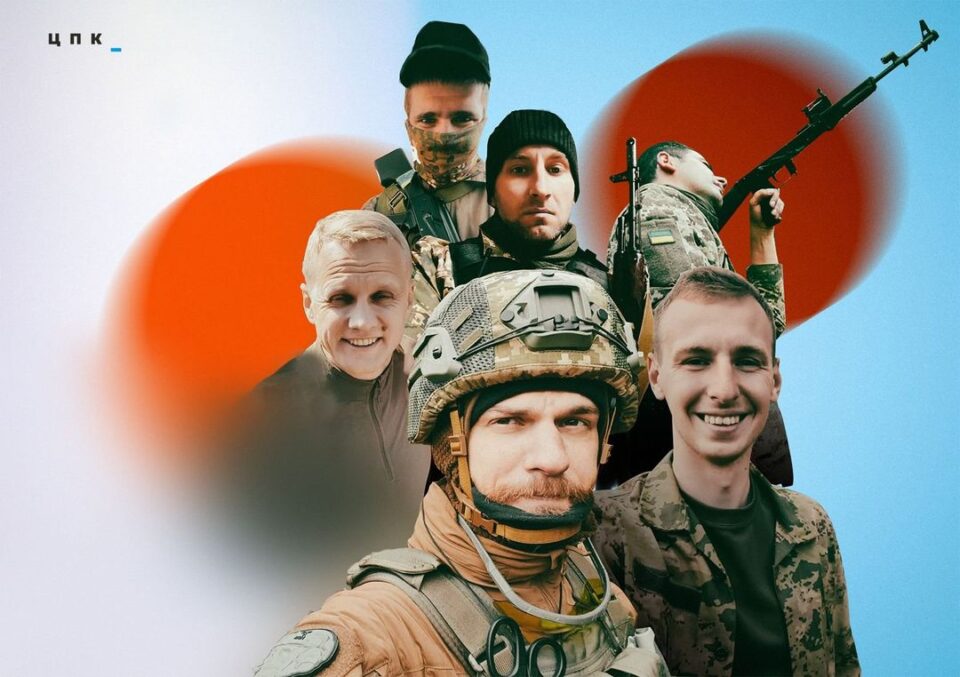 The AntAC has been carefully preparing for the war since January this year. We understood that the risk of hostilities throughout Ukraine was high, so we tried to think over scenarios and logic of actions of members of the organization. And when this happened, we did not give up together with the rest of Ukrainians. We did not panic and quickly got to work but not for the independence of anti-corruption bodies now, but for the independence of Ukraine.

Today, six of our colleagues are members of the Armed Forces of Ukraine. These are Chairman of the Board Vitaliy Shabunin, lawyers Sashko Lytvyn, Denys Svyrydenko and Dmytro Zelenyak, communication manager Sashko Yermakov and analyst Sashko Voronovskyi.

Meanwhile, our analyst Ivan Nikolienko, along with other instructors, has trained more than 2,500 soldiers in the first aid on the battlefield only during recent weeks.

I will tell you a little about what the rest of the team is doing in usual advocacy and communication fields, but already with new goals.

International advocacy is based on good relationships and ideal reputation. We have been building all this at the AntAC with partners in the USA, the EU and the UK during 10 years. They trust us and listen to us.

Before February we decided that part of the team, which understood international communication, would leave Ukraine in order to mobilize the assistance of international community for Ukraine as soon as possible. We understood that we could win the war only if there was exclusive help of the Western partners, namely primarily assistance with weapons.

The attack began on Thursday. And on Friday I had pre-scheduled call with one of departments of the US State Department. They asked about the fight against corruption. I replied: “What kind of fight against corruption can we talk about when Ukraine is being destroyed because we had been fighting against corruption? Today, Ukraine is being executed for choosing freedom and move to the rule of law. And you cannot provide necessary support and safety guarantees!” They did not expect such a sharp response from civic experts. But, in my opinion, our communication has shifted many processes.

Thanks to good reputation, Olena Halushka and I from the AntAC, our partner Hanna Hopko and our Polish colleague Kateryna Pysarska were invited to the very high-level meetings in Rzeszow, where the US Embassy in Ukraine was temporarily located. During the first month of the attack, we had dozens of meetings with the US congressmen and senators and had a very frank conversation with the head of the State Department Antony Blinken.

“If you can’t close the sky because you’re afraid of nuclear war, give us weapons. Because we’re not going to give up and we will win this war”. That’s what we have been telling American high-ranking officials since the first days.

I believe that thanks to these meetings, American lawmakers managed to mobilize for the sake of increased control of Baidan’s Administration in the process of providing weapons to Ukraine. We handed them lists of weapons at the beginning of March, and at the same time we started to talk about the land-lease.

We brought the piece of missile to one of delegations. It hit Yavoriv training centre which is quite close to Rzeszow. The senators asked for the missile and later held the press conference against it.

We also managed to get to the press conference with British Prime Minister Boris Johnson. “Don’t be afraid!”. It was my call. And still in all meetings with high-ranking officials we constantly say “Do not be afraid. Don’t be afraid to give weapons to Ukraine, because we are fighting the absolute evil”.

In April, we along with partners from various NGOs urgently organized visit to the US and held about 50 meetings at the highest level. It was important for us to maintain bipartisan support.

In particular, we had a long meeting with Nancy Pelosi. We asked her to come to Ukraine, asked her to increase funding for weapons for Ukraine and help us to win this war.

Previously, we established communication with the Armed Forces of Ukraine, namely: starting with top leadership, ending with soldiers in the hottest spots. We realized that we needed NATO weapons, not Soviet weapons for which there was not enough ammunition.

We spoke with senators and congressmen with veteran experience. We also held several press conferences with senators from agricultural states, and explained that the food crisis was approaching due to the russian invasion. Our agricultural traders helped us with this. We together conducted the research regarding threat of world hunger due to blocked Black Sea ports.

At meetings with congressmen we showed photos of horrors in the occupied territories, but we did not cry. We talked about what we needed for defense. We emphasized that the first 3.5 billion USD allocated for us in March was very little sum. Namely, in total these were three yachts of the russian oligarch Abramovych.

We also talked to the media to explain why we need more money for weapons.

At the same time, we spoke with representatives of the Pentagon and the White House. We were honest with them. Our group asked Biden’s advisers: “Why didn’t you believe that Ukraine would fight and wouldn’t fall in three days? Why didn’t you have strategy in case Ukraine wins?” They did not expect such questions from us. Especially when we mentioned that some actions of the USA were “invitation” for Putin, for instance, lifting sanctions on Nord Stream-2.

We took the role of voice of ordinary Ukrainians who didn’t have opportunity to go to the US and tell those who make decisions about Ukraine what we wanted.

I think our visit helped to generate pressure of the Congress on Biden’s Administration in order to increase the aid package. In the end, Biden presented package in the amount of 33 billion USD. In order to vote for it, we went to Washington again. In unison with Ukrainian authorities we asked for the increase.

They gave 40 billion USD. And now it is important to us that 15 billion USD, that were provided for armaments, were spent on weapons that would allow us to win.

Today, our goal in the US is to explain Americans that it makes no sense to negotiate with terrorists, murderers, and rapists. We must not allow russians to consolidate themselves in the occupied territories, and we must not allow them to blur boundaries of “black” and “white” in the war. Negotiations can take place when we expel russians from our territories with the help of our partners and their weapons. Time is short. But today we can say that the US Department of Defense has finally sent messages that Ukraine needs help to win the war. In general, American people support Ukraine and want us to win.

Today, many observers say that Ukraine has definitely won the first battle in the information war. Our team, which produced messages for Twitter, also joined this. My account and account of my colleague Olena Halushka have more than 170,000 readers in total and reach audience in the amount of about one million users. Before this stage of the war, the figure was about 10,000 readers. Every day we tell journalists and people from all over the world in English about the atrocities of russians and achievements of the Armed Forces of Ukraine.

Also, our team of communication managers together with the best marketing agencies in Ukraine is working on information and psychological content for russia and Belarus, while strengthening Ukrainian narratives in the Western YouTube audience. Last week, we managed to reach 20 million views of our materials in russia. We reached the same level in April by distributing content in Belarus.

We are distributing videos of stories about our heroic struggle to the Western audiences, gathering hundreds of thousands of views per week. We want to show that it makes sense to help us, because we will definitely win with support of the West.

At the same time, we continue to work communicatively for Ukrainian audience. We inform about victories of our army, prepare daily information on international support and sanctions, and, of course, continue to communicate activities of the anti-corruption bodies. As of February 24, we have reached 12.3 million people on our Facebook page.

Advocacy for sanctions and seizure of russian assets outside russian federation

Our team of analysts is actively helping to find property of russian oligarchs- putin’s wallets abroad for their further arrest. Today, it is crucial to stop the flow of money to finance the war.

In addition, the AntAC joins the advocacy of intra-Ukrainian sanctions mechanism to recover assets of russians involved in the aggression. As the result of our efforts as well, the Parliament has already passed the regarding law. We are ready to join its implementation and work to find potentially sanctioned persons, their assets that might be frozen or confiscated in Ukraine and abroad.

Also, we did not stop our internal advocacy work. During the war, we analyzed more than 50 draft laws and prepared amendments and proposals to more than 20 of them. The majority of them are taken into account by the Parliament. Yes, during this difficult period we managed to prevent the rollback of important anti-corruption reforms and more. We continue to participate in implementation of the judicial reform as integral part of our post-war recovery.

Another area of ​​our advocacy work is the exclusion of russia from members of the international organization FATF and its inclusion in the so-called “black list” of this organization. We are working together with Ukrainian authorities and foreign financial experts to ensure that key member states of this organization make this decision as soon as possible. When this could be done, it would have much more powerful consequences than disconnection of some russian banks from Swift. After all, inclusion in the “black list” will make all russian banks without exception toxic to the international financial system and will complicate and increase the cost of any operation with them. In addition to various restrictive measures, all russian banks and customers, as well as all their operations, will undergo enhanced verification of legality of their activities and origin of funds. In practice, this means that it is easier for most financial institutions to abandon business relations with russians because of the high risk of financing crime and terrorism.

The new stage of the war with russia has shown that we are the state that will fight for its independence with all its might to the end. We together with many other Ukrainians had to change the focus of our work as soon as possible. Today, our priorities as non-governmental organization are to supply weapons necessary for victory, sanctions against Putin’s wallets and maintain information front. We will definitely win!